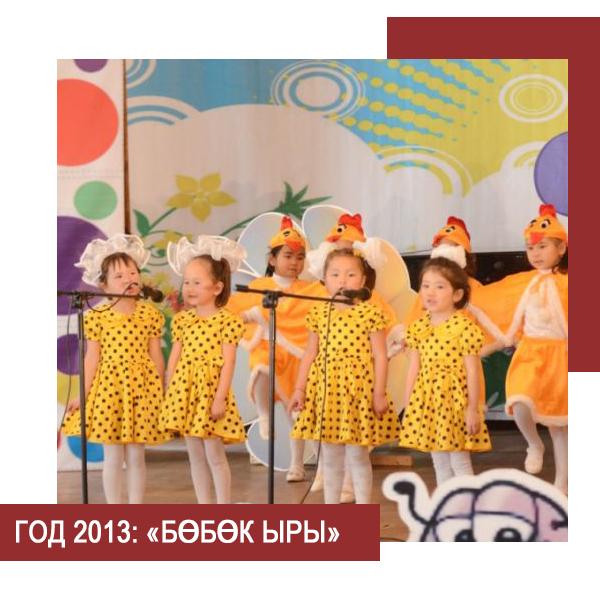 Children songs and poems accompany a child from birth and are an integral part of developmental and educational processes; therefore, in 2013 the Roza Otunbayeva Initiative IPF   held a national contest of songs and poems for children in the Kyrgyz language "Bobok yry".

The competition was initiated and organized by the Foundation, and the partners were the Ministry of Education and Science, Ministry of Culture, Information and Tourism; National Union of Writers; Composers' Union; and children's editors of the State TV, and children's magazine, Baichekekei.

Qualifying rounds were held in all seven regions of the country, and the cities of Bishkek and Osh. The Gala Concert took place in the hall of the Maldybaev National Theatre of Opera and Ballet.

During the Gala Concert, the audience saw the brightest and best numbers performed by children from various regional and city creative associations and kindergartens.

At the end of the competition, winners in three categories were selected: "Best Song", "Best Poem", "Best Performer", and the Grand Prix winner. More than 100 authors and composers of children's songs, and more than 200 performers took part.