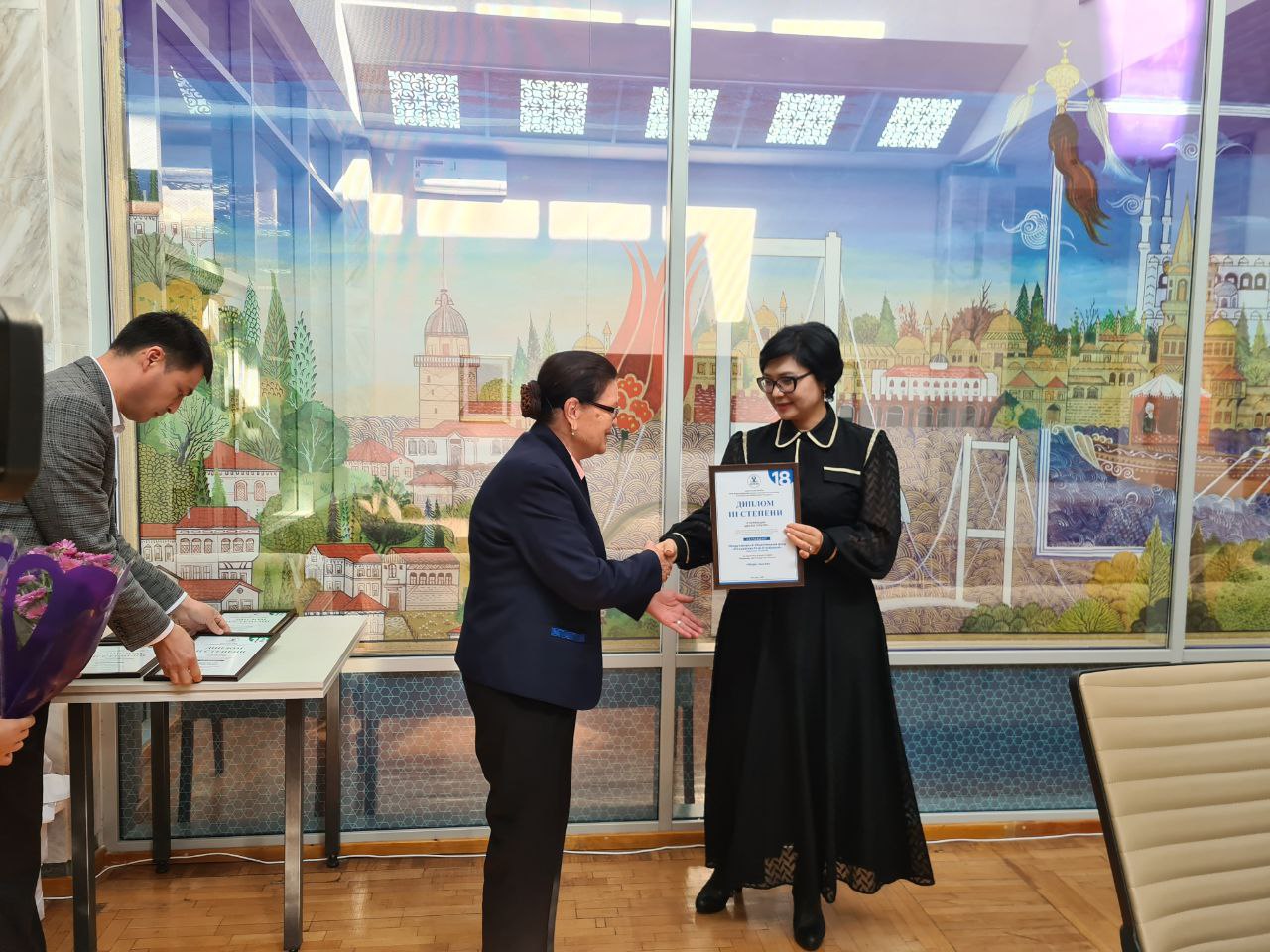 The publication “Kyz Kitep” was awarded the Diploma of the first degree in the nomination "Books for children and teenagers" in the international competition "Book Art". The book "Flashes of Thought" translated and published by the Roza Otunbaeva Initiative IPF was also awarded a Diploma of the 3rd degree in the category "Dialogue of Cultures".

The award ceremony took place on October 27, 2021 in the National library named after A. Osmonov following the results of the international contest "Book Art" among the CIS countries. Diplomas of the first and third degrees were awarded to the coordinator for the publication of books of the "Roza Otunbaeva Initiative" IPF Kenjekan Usupovna.

For reference: "The Book Art of the CIS countries" has been held since 2004. The aim of the competition is to support a book publishing culture in the Commonwealth of Independent States and to make maximum efforts in the development of book art. The “Book Art" contest is organized by the Interstate Cooperation Council for Press, Dissemination and Publishing. The jury was composed of experts from Armenia, Belarus, Kazakhstan, Kyrgyzstan, Russia and Tajikistan.