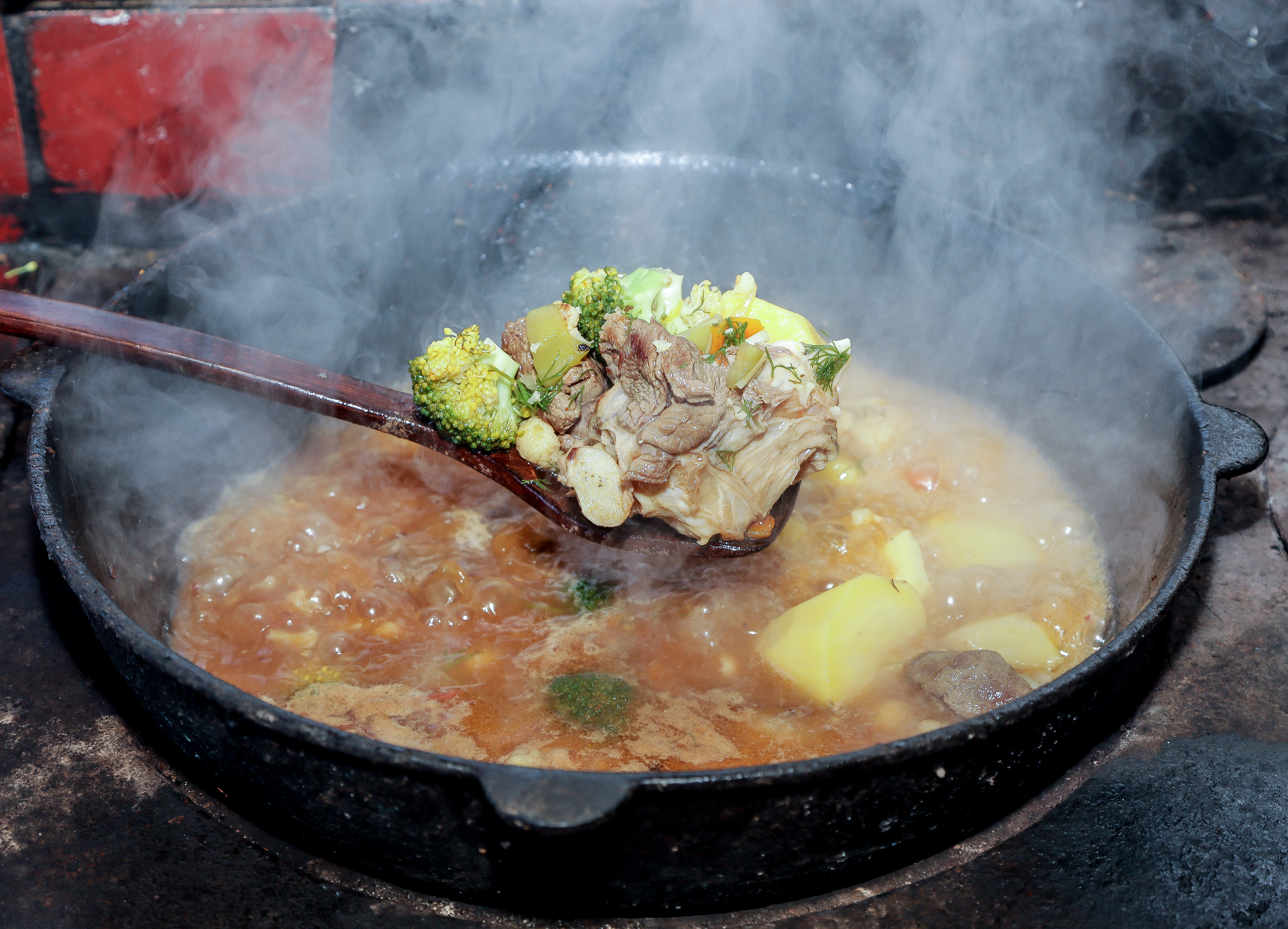 The Cookbook of Kyrgyz cuisine won third place in the Silk Road category at the twenty-fifth Gourmand World Cookbook Awards, a so-called Oscar of Culinary Literature, which has collected the best publications worldwide since 1995.

A cookbook with updated recipes of traditional dishes of Kyrgyzstan is one of the results of joint cooperation between the Food and Agriculture Organization of the United Nations (FAO), the Ministry of Labor and Social Development, the “Roza Otunbayeva Initiative” partner-organization and local residents of the Suzak rayon of the Kyrgyz Republic.

The idea of producing such a book arose during the implementation of the “Productive social contract / Cash+” pilot project, aimed at supporting low-income families with children, which receive the social benefits, for the development of small-scale nutrition-sensitive agriculture through advisory services and nutrition education. The efforts were emphasized at enchasing the culinary knowledge of the vulnerable rural population in accordance with the principles of a healthy diet through an innovative approach to the production, processing and consumption of food. Desiring to apply the knowledge gained during the trainings and to improve their skills in practice, the beneficiaries took the initiative to improve some local cuisine recipes and make them richer in terms of nutritional value and more diverse in terms of diet.

Initially, the publication meant to be a reference book for everyone who wanted to make their favorite dishes nutrient and serve as memories for the pilot beneficiaries in the Suzak rayon of Kyrgyzstan, whose stories were also a part of this publication. But in time, this cookbook has become an example of how such initiative to improve a diet of rural population through traditional recipes by using local agricultural products, could be recognized internationally and inspire millions of people to make traditional dishes healthier and to improve eating habits.

The cookbook is now available for download in Russian here.

Empowering women and girls exposed to migration
Former Presidents and PMs, Angelina Jolie stand with Afghan women
Ala-Too 24: The Foundation of Roza Otunbayeva has made a huge contribution to the development of children's literature
A new book published by the Foundation will tell children about football
Roza Otunbayeva became a member of the WHO Pan-European Commission