Peacekeeping and peacebuilding issues are being reviewed in Geneva (Switzerland) 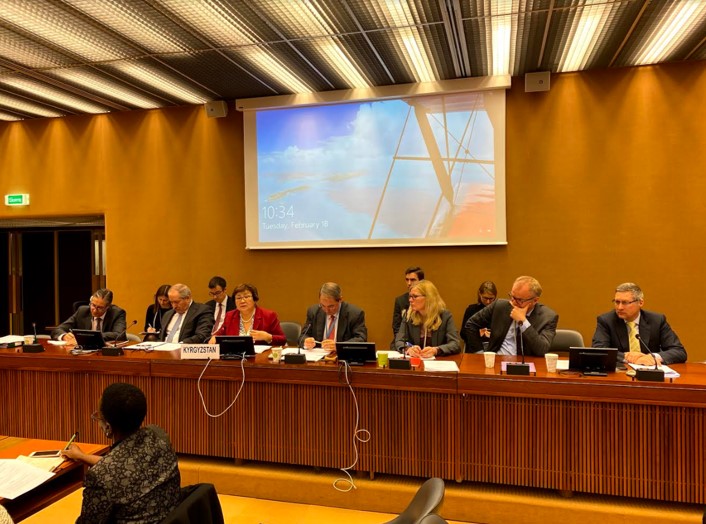 On February 18-19, 2020, Geneva (Switzerland) hosts consultations on the review of the United Nations Peacebuilding Architecture, organized by a group of research centers: the Geneva Peacebuilding Platform, together with the Swiss government. The purpose of the consultation is to review the UN peacebuilding work over the past 5 years.

The UN Secretary General Antonio Guterres established a Group of 5 prominent international figures to conduct an independent analysis of the work of the UN Peacebuilding Fund. The former President of the Kyrgyz Republic Roza Otunbaeva is a member of this Group. The discussion is attended by the representatives and experts of international organizations on peace and security, human rights, development, humanitarian, as well as disarmament issues.

Peacekeeping and peacebuilding issues are especially relevant in the year of the UN’s 75th anniversary. At its autumn session the UN General Assembly will discuss the outcomes of the Peacebuilding Fund for 2015-2020 and the ways to optimize the Peacebuilding Architecture, closely related to the implementation of the UN Sustainable Development Program objectives. Since 2010, the Kyrgyz Republic has received more than $ 47 million from the United Nations Fund for the peace establishment, the full restoration of conflict zones, the development and creation of conditions for maintaining peace, and the enhancement of knowledge in multinational communities. In March 2020, Bishkek will host the Regional Consultations on Peacebuilding.

Members join Gordon Brown's call for a G20 recovery plan
Uniting Behind A People’s Vaccine Against COVID-19
The Children's Philharmonic. We invite you to watch the recording of "Music of Ala-Too" concert
Book of recipes of Kyrgyz cuisine won the international Gourmet Book Award
Watch it while in quarantine. Al-Jazeera's big story about the Kyrgyz space program.