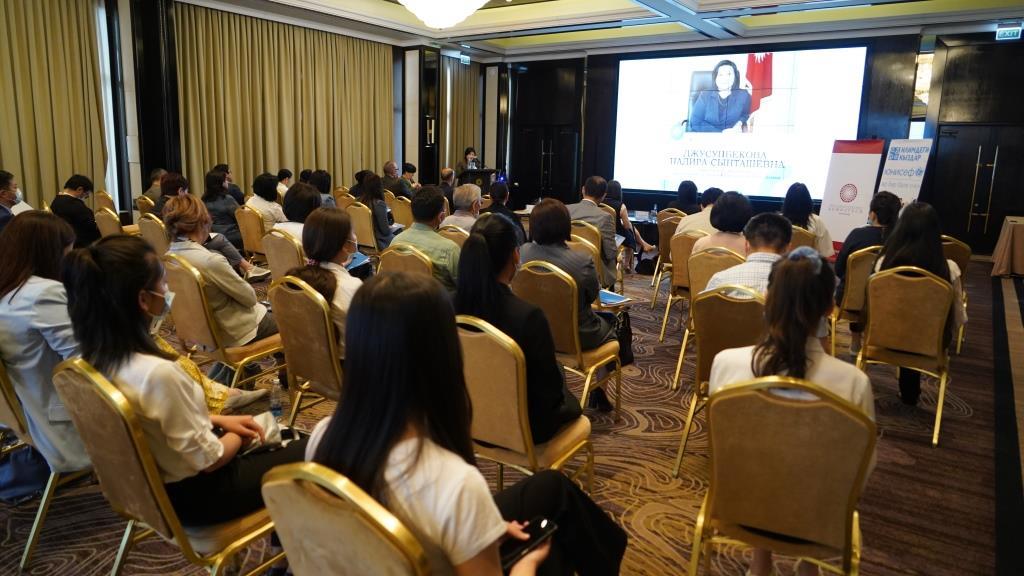 May 19, 2021, in the Hyatt Hotel "Shaiyr" conference hall the "Roza Otunbayeva Initiative" International Public Foundation conducted a round table on the results and recommendations of the implemented activities within UNICEF "Girls in Science" project in part "Education policy in Kyrgyz Republic and its analysis".

The analysis of the role of STEM in national legislation and regulation were presented, and recommendations for decision-making bodies in the field of education were given.

As part of the National Development Strategy of the Kyrgyz Republic 2021-2040, the “Rosa Otunbayeva Initiative” International Public Foundation, with support from UNICEF, implements the “Girls in Science” project and initiatives to improve education in general. As part of this project, an analysis was carried out to determine the place of STEM in the following state regulations: Education Development Strategy of the Kyrgyz Republic; the Core Curriculum, educational and subject standards; STEM, and occupations required by the labor market. All these components were analyzed and prepared with recommendations.

An analysis on maintaining gender equality, employment and the situation on the labor market of the Kyrgyz Republic, especially in the professions based on the exact sciences and professions, has been carried out.

We would also like to report another project partner, the Innovation College of the American University of Central Asia, has developed gender-sensitive subject modules. These modules have developed effective recommendations for enhancing professional skills of teachers of the pilot school who teach science, and a special training for STEM teachers of the pilot school.

The round table discussed the objectives of the “Girls in Science” project; education policy in the Kyrgyz Republic and its analysis; introduction of gender sensitive pedagogy in textbooks and gender expertise against discrimination, as well as the role of teachers in providing quality education and presentation of possible ways to improve STEM teaching in schools. After these many considerations, a resolution was adopted at the end of the work.