Osh hosts meeting on June 3 of women activists from the border regions, government officials, and parliamentarians 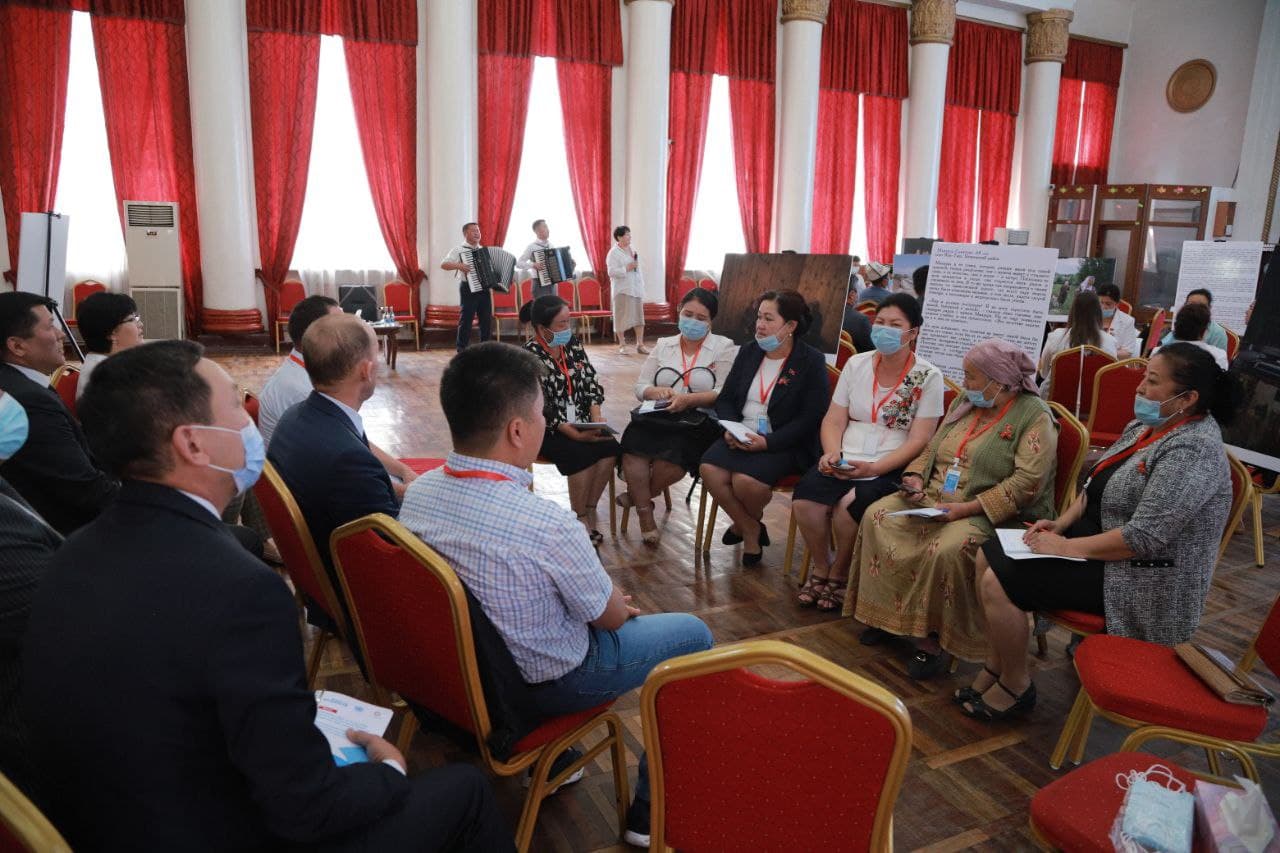 On 3 June, a meeting was held in Osh on the theme: "Consolidation of Society for Peace, Unity and Development of the Country: Breakthrough to a New Era through Women's Leadership."

The event was held to encourage dialogue between women leaders from affected areas. This platform allowed the participants to express women's visions and opinions on conflict resolution, and the need to search for effective approaches that contribute to long-term and sustainable peace.

Participants were divided into groups consisting of women activists and women members of local councils from affected districts of the Batken region, and representatives from state structures and MPs.

"The purpose of our event was to create a unique platform where government representatives, MPs, cabinet members and local governments could listen and discuss with women activists from the affected border districts. They are activists or newly-elected members of local councils, who have indicated their voices and experiences are not being taken into account in the decision-making process at various levels. They already have concrete proposals and solutions to problems in their communities," said UlziisurenJamsran, UN Women representative in Kyrgyzstan.

"Thanks to the 30% gender quota in local councils today, women's representation in our local councils has increased from 10% to 38%. This is, indeed, a huge political success for all of us, and for our country. Dear women, dear sisters, now you not only have the mandate of a local council member, you have the tools of power, which you can use for the good of your village, your community, your country! I urge you to work hard because Kyrgyzstan needs your talents, strength, wisdom and experience more than ever," said Jyldyz Bakashova,Deputy Chairperson of the Cabinet of Ministers.

"Our letters, and requests most often do not reach high level people. Today's dialogue helped bring our concerns and suggestions for solutions to the relevant people who make decisions on these issues. It was the first time when everyone spoke as equals; the dialogue was very open," said Dariyka Kalykova, a member of the Kara-Bulak local council of Batken district.

"Today's dialogue was unique. We, as members of parliament, often travel to the regions, but we quickly meet with the people the local government gathers, and then we leave. Today, more than ever, we had the opportunity to listen to the problems of residents, especially women who live directly in the area. I, and my fellow MPs, wrote down all the proposals, exchanged phone numbers, and we will promote a bill giving special status to residents of the region together with representatives from Batken region," said Janar Akayev, a member of the Kyrgyz State Parliament.

At the end of the event, participants recognised the importance of women's participation and contribution to problem-solving, including in the initial response to the conflict, as well as in dispute resolution processes, post-conflict reconstruction and preventing further escalation of the conflict in the border areas.

During the event, there was an exhibition of photographs and stories of women who had suffered during the border conflicts at the end of April 2021. These proved,once again, the importance of the role women already play in conflict resolution and community recovery.

The event was hosted by UN Women in Kyrgyzstan, as part of the "Inclusive Governance and Justice System to Prevent Violent Extremism" Project funded by the UN Peacebuilding Fund. The event is held in partnership with the “Rosa Otunbayeva Initiative” International Public Foundation.