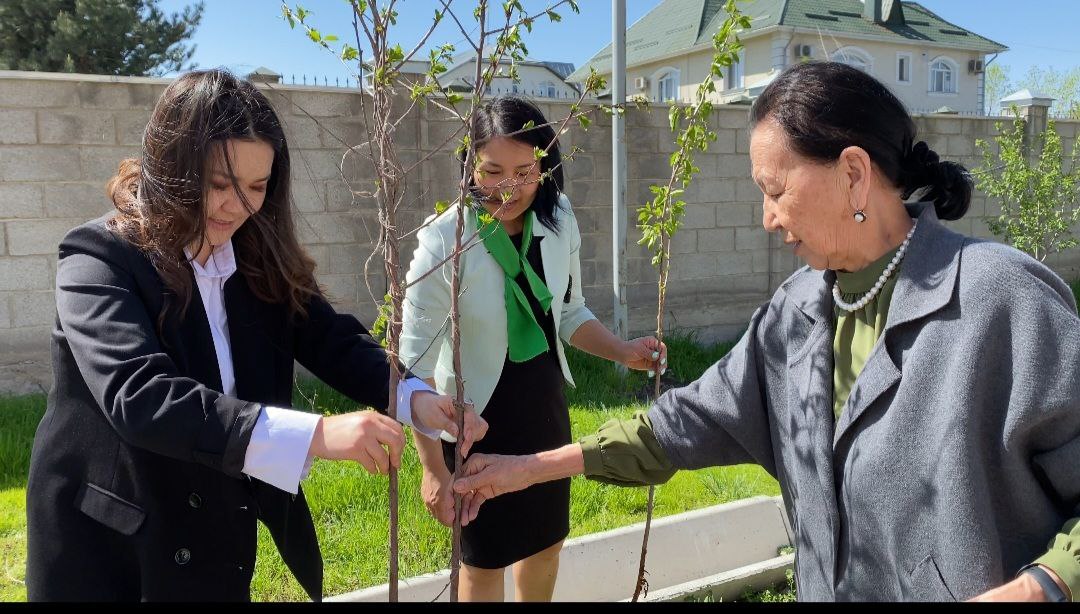 The joint efforts of two ROI IPF projects aimed at increasing environmental responsibility among children and youth and creating a favorable microclimate on the territories of schools, as well as promoting STEM education.

As a result of the activities, ash, birch and various shrubs were planted in schools № 25, 96, 3, 81, and 88.  It is worth noting that the school № 25 plantings were made by the parents of children, which was a positive example for the younger generation.

The activity was organized jointly with the Department of Education of the Mayor's Office of Bishkek, Kyrgyz Investment and Credit Bank (KICB) and the Aga Khan Foundation.

This year's planting of seedlings coincides with the 10th anniversary of the ROI IPF and supports the national campaign "Jashyl Muras" ("Green Heritage") announced by Kyrgyz President Sadyr Japarov.

The ROI IPF campaign on greening the sites of educational institutions has been held for seven years in a row.  During all these years, ROI IPF, together with the State Environmental Protection Agency within the Green Foundation "Eco Project", planted over 60,000 young trees and shrubs at 85 schools and kindergartens of Bishkek city.

The IPF "Roza Otunbaeva Initiative" action of planting seedlings, which have already become traditional, meet the goals of Sustainable Development of the UN (Goal 13 - take urgent action to combat climate change and its consequences), and increase environmental culture and responsibility of school children.