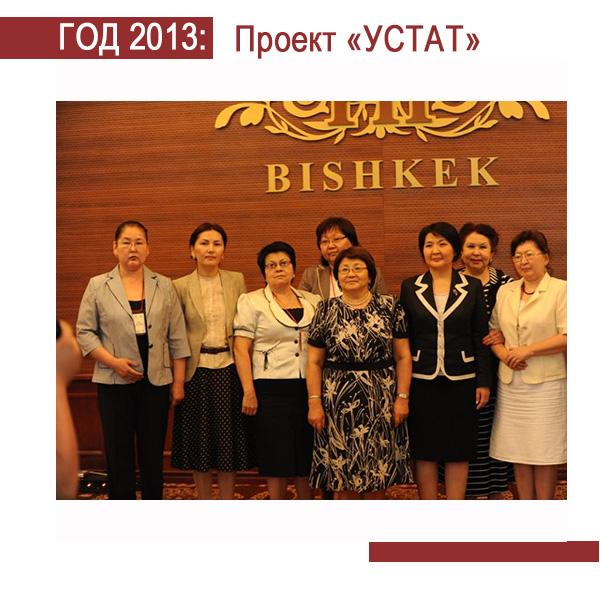 Mentoring has a long history with the Kyrgyz people. The institution of aksakals - wise and experienced authoritative members of the Kyrgyz community - was the most widespread among the nomadic people. Mentorship was a tool for transferring skills and traditions as well as professional mastery in various spheres of human activity.

The development of modern Kyrgyzstan is experiencing a number of challenges which requires the combined efforts of the whole society, young people and the older generation, men and women. Objective factors in Kyrgyzstan's development speak to a further increase in the role of women in contemporary Kyrgyz society. In the future, purposeful and systematic training of women leaders will undoubtedly be needed. One way of training such groups of young women is for them to undergo mentoring to acquire a certain appropriate world view and advanced experience of political management in the broadest sense of the word.

To achieve this goal, the Roza Otunbaeva Initiative International Public Foundation, in collaboration with NDI and the US Embassy in the Kyrgyz Republic, developed and launched the Ustat Mentoring Project, which lasted six months.

The participants of the Ustat project also visited the Parliament During the tour. They were introduced to the proceedings of the Parliament and met with Deputy Speaker of the Jogorku Kenesh Asiya Sasykbayeva and MP Mairamkiul Tilenchieva.

In addition, an interesting and unusual event was organised for the project participants at the Football Centre of the Football Federation of the Kyrgyz Republic. First, for girls the coach of the women's team and head coach of women's FC, Abdysh-Ata Oksana Gaiduchenko held a seminar entitled, "The Basics of Football". Then the participants had an opportunity to test the theory in practice by playing football. Members of the Ustat mentoring project were joined by female members of the Kyrgyz Football Federation and divided into two teams. The match was very active and all participants showed a good game.

The project involved 24 girls from different areas of public administration, private and banking sector, aged 25-35, striving for personal and professional development. The mentees had a great opportunity to learn new things from the leadership school (professional trainings), improve their self-development process, improve their communication skills, and get the opportunity to cooperate with interesting people and expand their network of contacts.