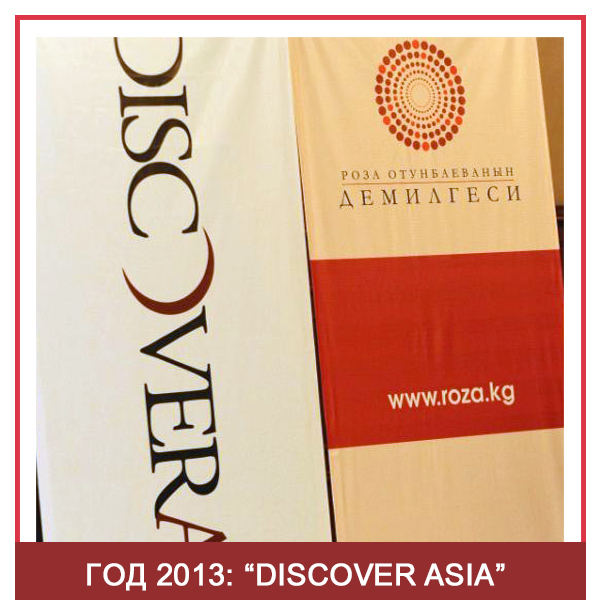 In 2013 the International Public Foundation, "Roza Otunbayeva Initiative", in partnership with the Embassy of the Republic of Kazakhstan in the Kyrgyz Republic, held VII meeting within the Discover Asia initiative. This time the topic, "Education reforms in Kazakhstan - the basis for progress and sustainable development", was presented for discussion.

At the end of 2013, the initiative adopted a new format, and at the invitation of the Foundation, leading international experts and political scientists from Russia came to Kyrgyzstan: ArkadyDubnov, an expert on Central Asia and a columnist for the «Moscow News», and Lukyanov Fedor, editor-in-chief of «Russia in Global Politics».

The experts presented their vision of current international issues, answered questions of concern regarding the interconnectedness of countries within the CIS, the Customs Union, and many others.