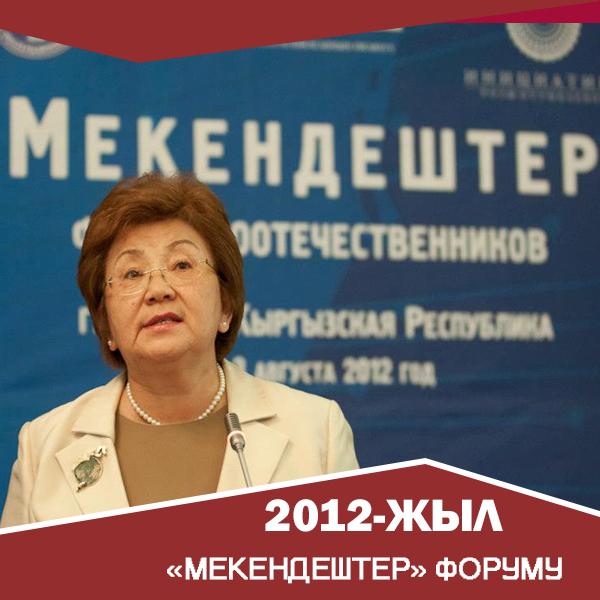 Another successful initiative in 2012 was the organization and running of the first Mekendeshter Forum.

The Mekendeshter Forum was one of the tools to find solutions to overarching issues such as nation building and human capital management in the Kyrgyz Republic. The initiative focused on topics that broadly addressed the concerns of Kyrgyz citizens against the backdrop of globalization processes: the Kyrgyz diaspora in different countries, its role in resolving the problems of Kyrgyz citizens both at home and abroad;  connections and meaningful contributions that compatriots can make to the processes of growth, development and prosperity of Kyrgyzstan.

The first conference of the Forum "Mekendeshter" was held in Bishkek on 2-3 August 2012 in cooperation with the government of the Kyrgyz Republic. It was attended by compatriots from more than 20 different countries. The topics of presentations and discussions were divided into several sections and included such topics as economy and business, transport, communication, health care, education, culture, tourism and state policy towards Kyrgyz abroad.

Thereafter, the Forum was held once every two years.