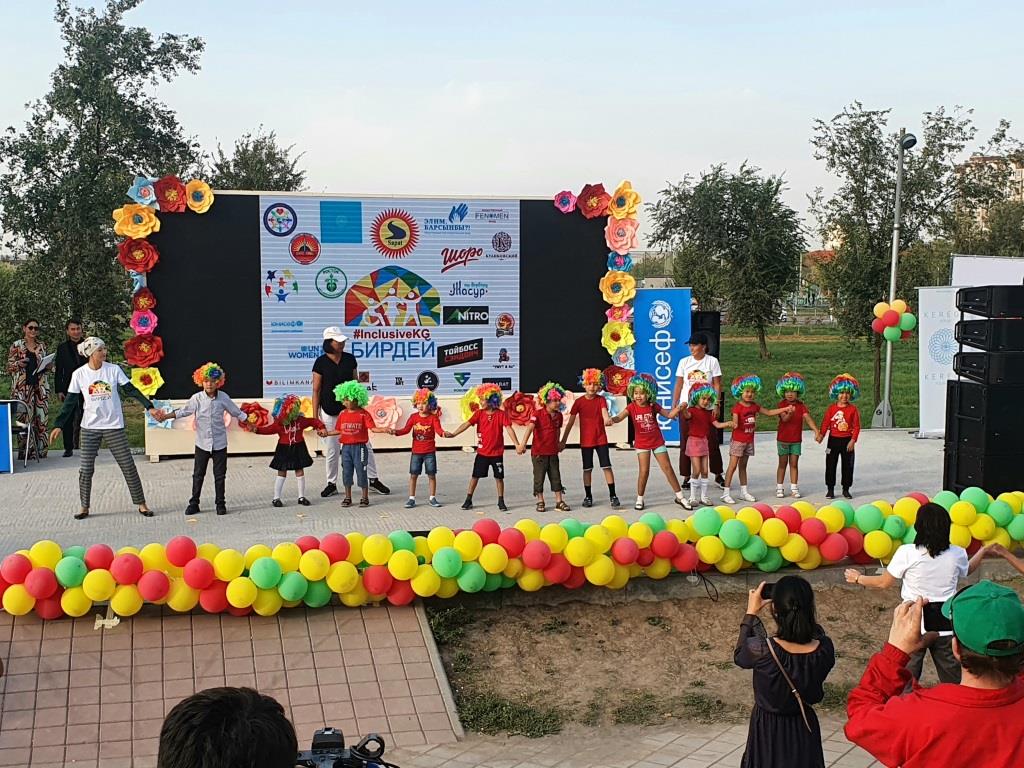 As part of the concert programme "Inclusive KG-BIRDEY", there were performances by children with disabilities and national pop stars; various workshops and master classes in chess, drawing and pottery were held during the same time. An exhibition of drawings by disabled children was also organized.

The event was attended by Dogdurgul Kendirbayeva, Director of the Rosa Otunbayeva Initiative Foundation, who in turn delivered her welcoming speech where she thanked the organizer of the festival, Veronique Garrett, and stressed the importance of such events.

The event was organised by Veronique Garrett, the spouse of the British Ambassador, in partnership with the Initiative Group,"Society without Borders"; the UN Children's Fund, UNICEF; the international educational institution, "Sapat"; the charity foundation, "Elimbarsynby"; and others.

*Inclusive education is a process whereby children with disabilities learn together with children without special needs.