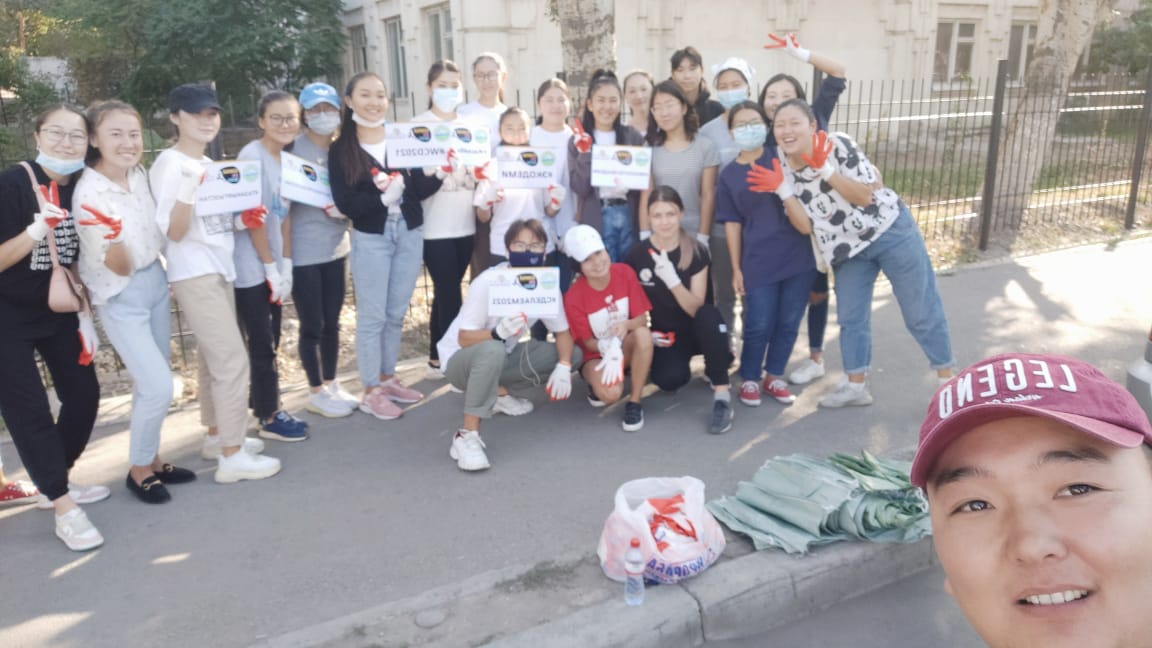 Rosa Otunbayeva Initiative International Public Foundation together with Active volunteers youth organization and Kyrgys Global actively participated in World CleanupDay.  The total number of participants was 30 people. We went to the territory of the "Vostok-5" micro-district. As a result of the campaign, more than 80 bags of trash were collected.

Background: The idea for World Cleanup Day came from activists in Estonia. It was in Estonia that the "Let's do it!" movement was born, and this year it celebrates its 10th anniversary. Since that time, the cleanup day has become an international event, attracting 18 million people around the world. World Cleanup Day is designed to draw public attention to the environmental situation in the country and the world. The problem of environmental pollution kills millions of people every year, and activists urge citizens not only to join the Cleanup Day, but also to think about keeping public places clean, using resources wisely and disposing of them properly.