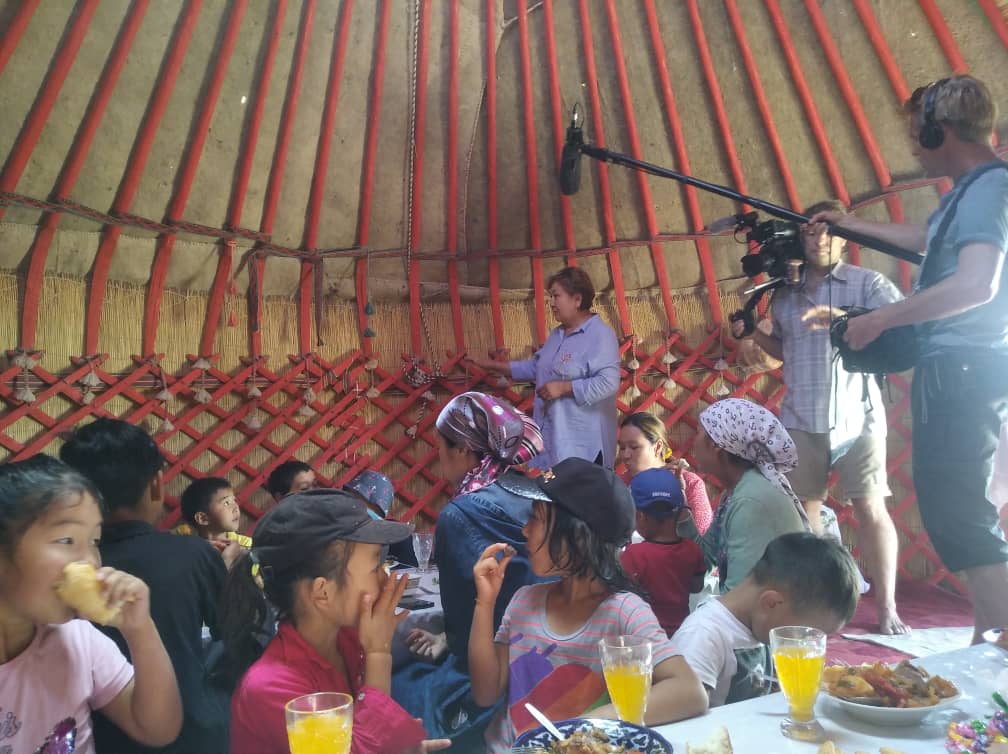 Sibylle Smolka, a television journalist and two cameramen from the German-French Arte TV channel, have completed a 14-day video shooting of the Ananayka Development Centre in the Ak-Tash pasture, Jeti-Oguz District, Issyk-Kul Region. Journalists flew in from Germany especially to film a documentary video story about the work of the Jailoo Development Centre. They filmed, from start to finish, the children’s introduction to the centre, their approach to learning, their life in yurts, the life of herders, and more. The documentary will be shown on the ARTE TV channel.

For information: Arte TV broadcasts in Germany and France and its programmes are produced respectively by Arte Deutschland GmbH and Arte France. The headquarters are in Strasbourg and Baden-Baden. Arte focuses on art and culture, European and EU themes, informative programmes, as well as high quality documentaries. The channel has an average weekly audience of 10-12 million viewers in each of the two countries.