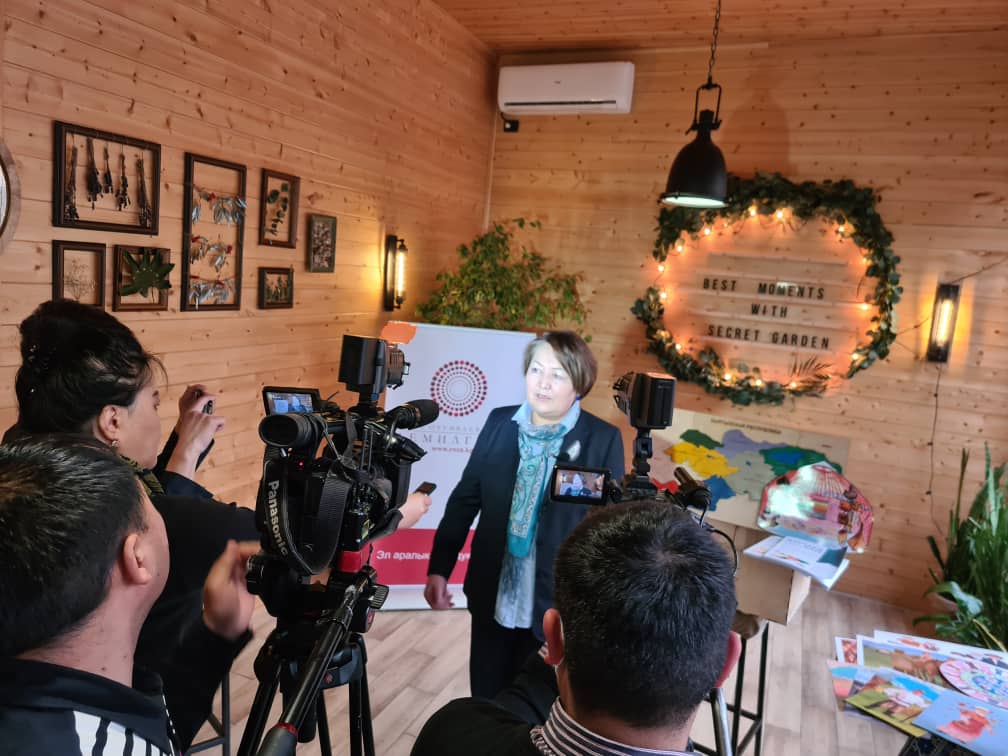 On February 2, 2021, a press breakfast for Kyrgyz journalists was held at the “Secret Garden” coffee shop as part of the project “Empowering women and girls affected by migration for the inclusive and peaceful development of society”, funded by the UN Peacebuilding Fund.

The purpose of the event was to raise awareness among media representatives about women's migration and the positive role of migrants in community development and peacebuilding.

During the event, D. Kendirbayeva, executive director of the “Roza Otunbayeva Initiative” Foundation, told journalistsabout the goals and objectives of the project in detail. Project coordinator Ch. Abdyraimakunova reported on the results achieved, activities conducted and the work of the team in the pilot regions.  A representative of the State Migration Service under the Government of the Kyrgyz Republic, M. Tularbekova gave a presentation on women's migration issues.

This was followed by a screening of videos about the contribution of migrant women to community development. In addition, during the meeting, participants were reminded about the contest for journalists on the topic of the positive role of women migrants in community development and peacebuilding. It should be noted that applications for the contest are accepted from December

At the end, there was a question-and-answer session. There was a warm, informal atmosphere at the event.