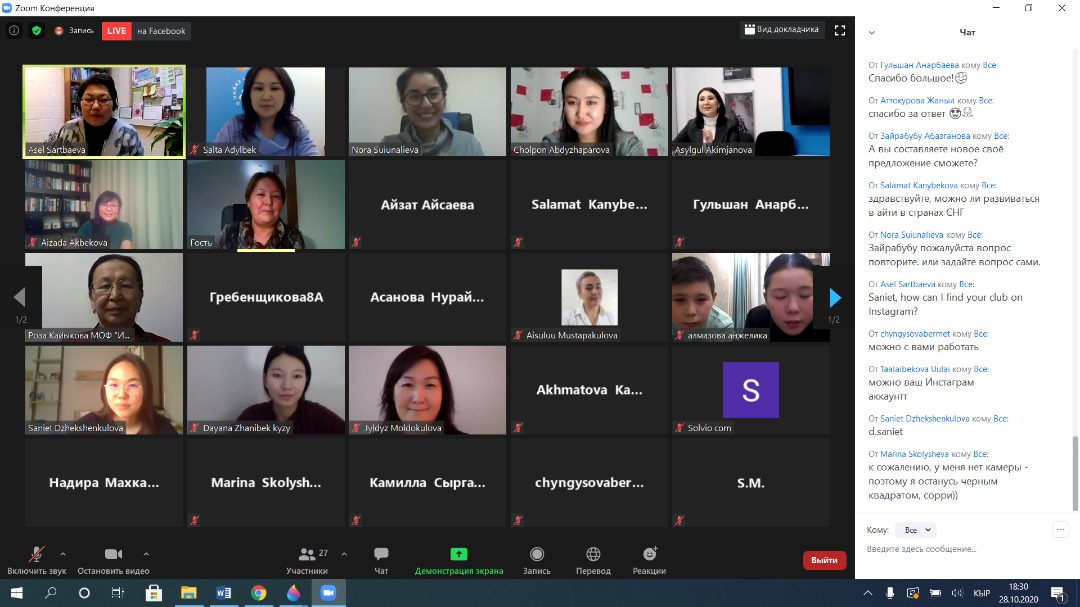 The purpose of the event is to discuss girls' aspirations in science and leadership, as well as future career opportunities in STEM.

Yulia Oleinik, UNICEF Deputy Representative in Kyrgyzstan, noted in her welcoming speech, the uniqueness of this meeting: “Today we are gathered here to inspire girls, strengthen their aspiration for science, leadership, and discuss future career opportunities. Both education and gender equality are an integral part of the 2030 Sustainable Development Goals. ”

Yulia Oleinik also noted that October 11 is celebrated as International Girls' Day and this date should become a reminder for everyone of the boundless opportunities for girls.

The event participants had the opportunity to listen to the speeches of the honorary speakers:

Dr. Asel Sartbaeva, world renowned scientist, member of the Royal Society of Great Britain, researcher at the University of Bath,

Speakers of the event, who acted as a role model for girls in Kyrgyzstan, spoke about the advantages of the STEM profession and shared their stories that led them to science and engineering and determined their choice. 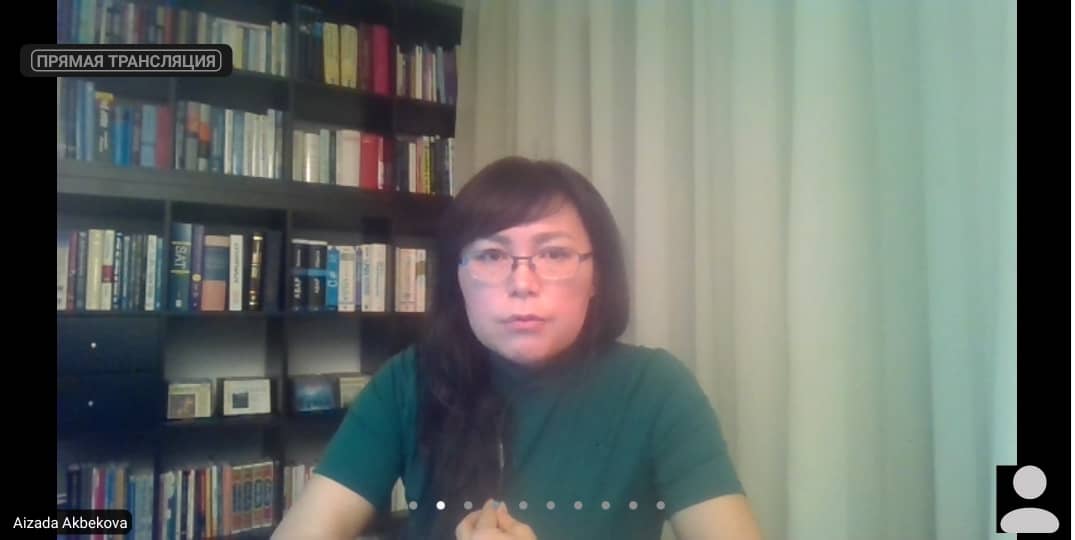 Aizada Akbekova, an economist and programmer at a German multinational corporation, a software manufacturer, spoke to the participants on the topic “How a girl from a village achieved success in IT” and shared her experience in achieving success:

“Success starts from the school desk. Mathematics, physics, Russian or native language, all these subjects form the basis of your future success. And already from school age you need to be able to set big goals” says Aizada Akbekova. She also noted the important role of parents in motivating children and the ability to support their choice.

Cholpon Abdyzhaparova, a Facebook engineer, shared her story, which gave her the opportunity to get a job in one of the largest companies in the world.

“I searched for myself for two years, studied first to be a medic, then a financier, then to business management. However I was still missing something and I decided to switch to industrial engineering”

Literally on the last day before making the final decision, my dad and I saw Roza Otunbayeva speaking on TV - she said that the future belongs to IT specialties, that Kyrgyzstan lacks IT specialists and programmers. I listened to her words, and with the support of my dad, who always said to me: "You can do anything!" eventually chose the computer science department and became a programmer. "

The participants of the discussion shared their impressions and noted that this event helped them to decide on the choice of their future profession. Taalaibekova Uulay said that she had doubted before, but it was after listening to all the speakers that she firmly decided to become an IT specialist.

Asanova Nurayim said that many times she had heard from others that the most important thing for a girl was to get married. Today, after the session, she is confident that she will tell them that they are wrong and she wants to learn.

Salamat Kanybekova thanked for the session and said that she enjoyed the advice she received, because since March she has been on online training and so she lack motivation to study.

Also during the event was presented the “Girls in Science” сlub organized by the students of the AUCA College, with the aim of overcoming stereotypes towards girls in science. Saniet Dzhekshenkulova spoke about plans to popularize STEM among girls.

As a result of the event, Asel Sartbayeva expressed her readiness to support the “Girls in Science” club and is ready to become their mentor.