Bishkek celebrates «International Day of Women and Girls in Science» 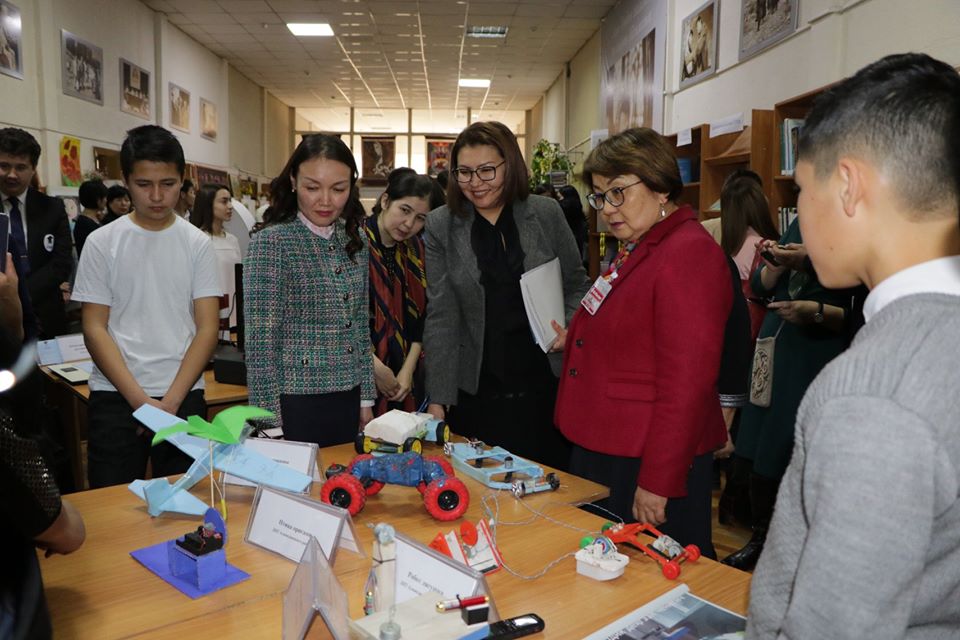 February 10, the world celebrates the International Day of Women and Girls in Science.

This day is designed to protect the rights of girls to choose careers in science, technology and IT, which are traditionally considered to be “for men”.  In Bishkek, this day was celebrated with an event organized by the Kyrgyzpatent and was attended by famous women scientists who made a considerable  contributions to the development of science, and girls who chose careers in science and IT and have already achieved success in their fields.

The event was attended by the former President of the Kyrgyz Republic Roza Otunbayeva and Vice Prime Minister for Social Affairs Altynay Omurbekova.

Roza Otunbaeva noted the huge, however yet little realized capacity of women and girls in science and technology, which occupy more and more place the rapidly changing world.

The most striking example of success belongs to Asel Sartbaeva, our compatriot who received last year an international award for a scientific invention that saves the lives of thousands of people.

Members join Gordon Brown's call for a G20 recovery plan
Uniting Behind A People’s Vaccine Against COVID-19
The Children's Philharmonic. We invite you to watch the recording of "Music of Ala-Too" concert
Book of recipes of Kyrgyz cuisine won the international Gourmet Book Award
Watch it while in quarantine. Al-Jazeera's big story about the Kyrgyz space program.