Dedicated to the 10th anniversary of the Foundation: The year 2013 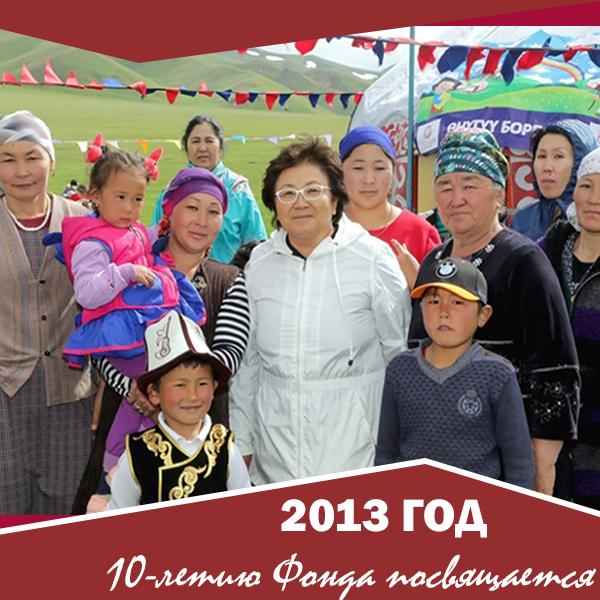 2013, the second year of the Foundation's activity, was full of exciting initiatives and projects. The initiatives of the first year continued,and new projects were harmoniously added to them.

During 2013, we actively pursued a project to promote public policy on pre-school education, held Caravans of Knowledge,and opened the country's first ever "Kindergarten in Jailoo", organised the first campaign "Stars Reading to Children", which later grew into a permanent initiative to organise reading aloud books to children.

The "School of Childhood" and "Discover Asia" lectures and classical music lecture-concerts for schoolchildren, "Together with Music", confidently won over their audiences.

In 2013, the first Education Festival, was held in Bishkek, at the initiative of former President Roza Otunbaeva, with the aim of raising children's interest in educational projects and reminding the public of the importance of education.

A special feature was the Ustat mentoring project, which began in 2013, and was aimed at encouraging young, capable, and willing women to take an active part in the process of cooperation between a female mentor (Ustat) and a female young professional mentee (Shakirt).

With a significant and persistent shortage of textbooks and learning materials, an alternative in the form of electronic online resources, came to be seen as an option; and we became actively involved in the “Open Book Project.”

Study trips, literary evenings, exhibitions and museum meetings - we have a lot to remember!