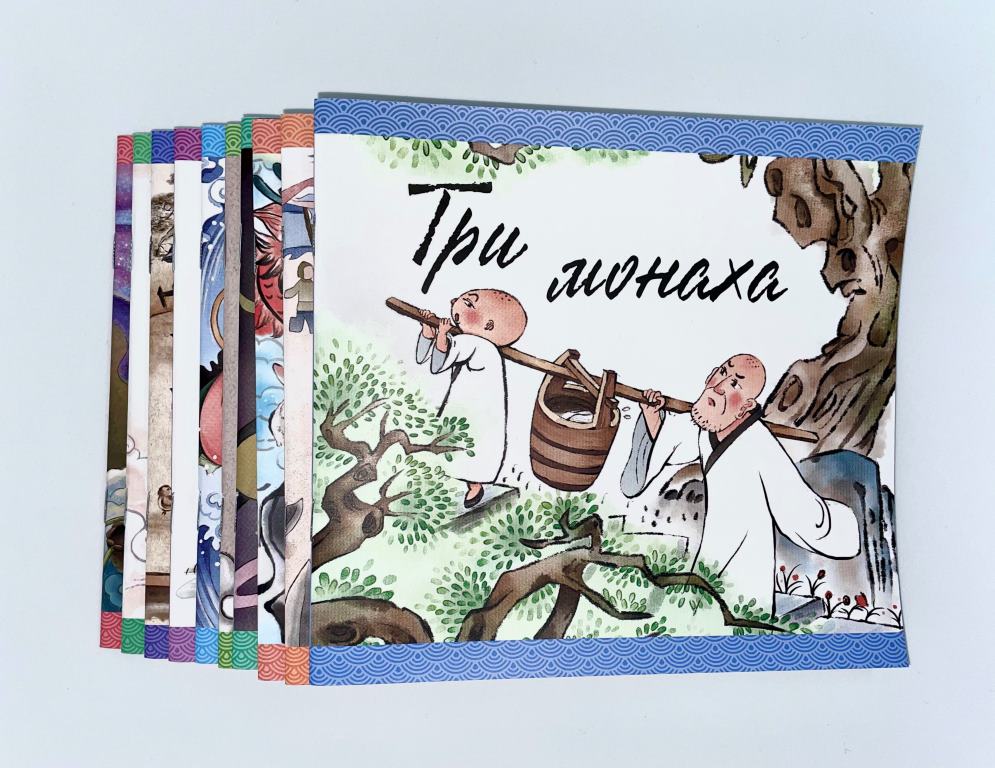 Friends, we have good news!

We have prepared a series of children's books for our youngest readers - these are ten Chinese fairy tales: Legend of Love of the Cowherd and the Weaver Girl, Nezha Conquers the Sea Dragon, Uproar in Heaven, A Deer of Nine Colors, Old Man YuiGounMoves the Mountains, Mencius' Mother Moving Three Times, SimaGuang and the Cauldron, HuaMulan, Three Monks, The Story of the Twelve Zodiac Animals. Born by the people, handed down from generation to generation, fairy tales convey the wisdom of the people, their character, dreams and hopes like nothing else.

The books are published in a convenient small format in Kyrgyz and Russian with many wonderful illustrations.

It is very important for a child to get an idea of the richness and diversity of the worldand cultures, so that they can know about the culture of other countries and peoples, especially those countries with which Kyrgyzstan has common borders. The Foundation has already introduced readers to the culture and traditions of ethnic groups of Kyrgyzstan in the book "Visiting my friends"/"Dostorumakonokko" which you can also buy from us. Another series of books "For Children about Art" tells not only about artists from neighboring Kazakhstan and Uzbekistan, who achieved world fame, but also about music, types of musical instruments, and theaters around the world.