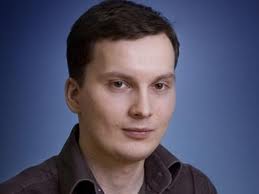 At the public lecture “Afghanistan After the Withdrawal of the International Coalition: Threats, Risks and Challenges for the Russian Federation” Moscow Carnegie Center analyst Petr Topychkanov assessed the increasingly tight relationship between the Russian Federation and Central Asian states of Kyrgyzstan and Tajikistan.

“With the departure of international coalition forces from Afghanistan and the termination of the Manas Transit Center, Kyrgyzstan will need Russia to help protect the Tajik-Afghan border with a Russian base in southern Kyrgyzstan and regular joint Russian-Kyrgyz and Russian-Tajik military exercises. To improve the efficiency of these joint military exercises, the armies, and particularly the officer classes, of both Kyrgyzstan and Tajikistan need to be retrained,” he asserted.

However, Mr Topychkanov noted that close cooperation between Russia and Uzbekistan would not be possible.

“Uzbekistan is a supplier to militants in Afghanistan and Pakistan and is unpredictable in a political sense. It isn’t known how power will be passed on [after Karimov], or whether the country will remain stable. Russia should maintain working contacts there, but no more.”

He stressed that Russia “is ready to cooperate with the US and NATO, if they act within the UN mandate…Otherwise cooperation will be impossible. Despite recent events, nothing should prevent Russia and the United States from cooperating with respect to Afghanistan. Even in light of sanctions, cooperation in the corridor must be maintained.”