Presentation on the J. A. Zayonchkovskaya Report, «Migrants from Central Asia to Russia» 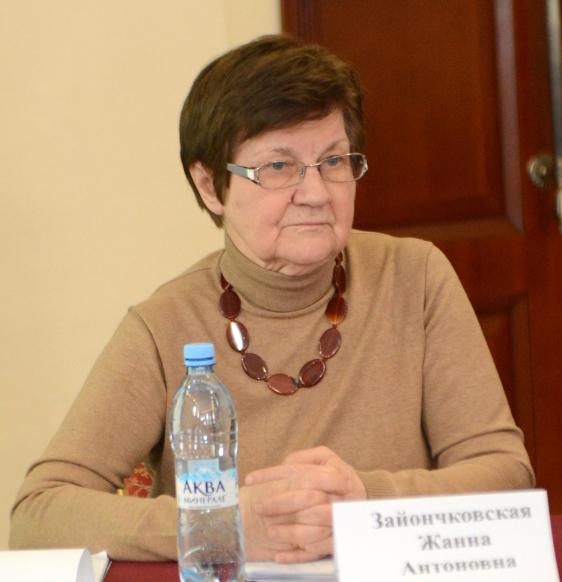 Ms. Zayonchovskaya was in Bishkek at the invitation of the “Roza Otunbayeva Initiative” International Public Foundation.

Janny Antonovna Zayonchovskaya is the head of laboratory analysis and migration forecasting at the Institute for Economic Forecasting, as well as the president of the Center for the Study of Forced Migration in the CIS. Since 2013, she has been a federal migration judge and member of the Migration Board of the Russian Federation. She specializes in migration between Russia and former Soviet republics, resettlement issues and labor market urbanization.