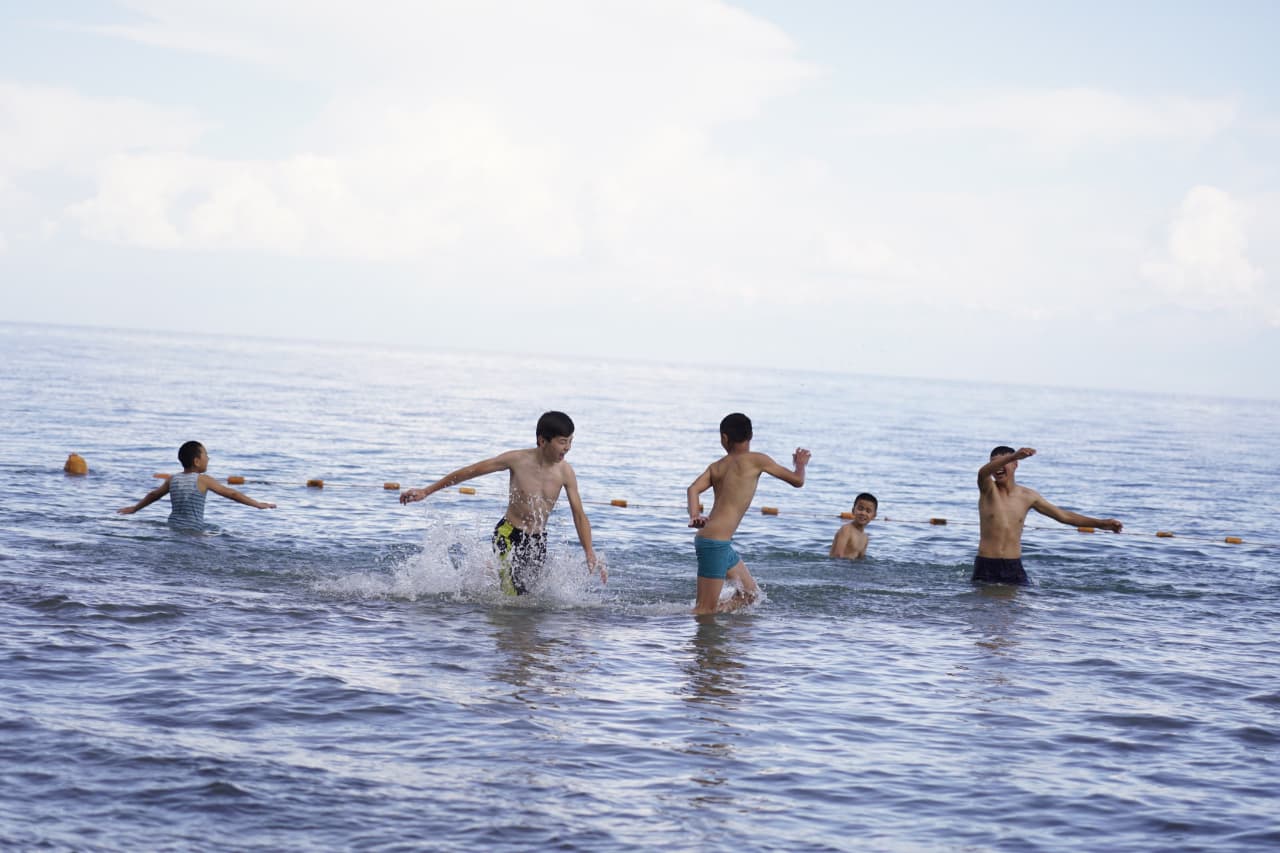 The Rosa Otunbayeva Initiative International Public Foundation and Camp Jetigen, with the support of UN Women and the Yadran group of companies, organized a 10-day recreational holiday for schoolchildren and teachers who suffered during the armed conflict on the Kyrgyz-Tajik border on 28-30 April 2021.

Recreational and rehabilitation activities at Issyk Kul lakewere organized for 70 schoolchildren between the ages of 9 and 17 and 20 teachers.

At the end of the ten-day master class, participants were able to make a short film about friendship. "The children were very friendly and caring toward each other. They proved that even at school age, they appreciate the value of peace and friendship. I suggested several themes, however they just wanted to make a film about friendship between neighbors. As a result, the children were able to write their own script, become actors and directors, and make a short film" said NurkyzTungatarova.

Melisbek Kalbaev from Kok-Tash noted that every day of his stay was full of interesting events. "I learned a lot during these days. We participated in concertsand went on different excursions. I really liked “Rukh-Ordo” - it's a beautiful place. I chose debate from the master classes. Teacher Arzybek taught me public speaking skills. It was very interesting here, so I didn't notice how quickly the 10 days passed," said MelisbekKalbaev.

Lectures on environmental education, Kovid-19 and first aid were organized for schoolchildren and teachers.

RozaIsakovna Otunbayeva, former President of the Kyrgyz Republic, visited the camp on the occasion of International Children's Day and inquired about the health of children and teachers. Roza Isakovna noted the need for inter-regional children's camps. "In Kyrgyzstan it is not customary to introduce children and adults to each other between regions. Such measures are not systematically provided for in education. Such special programmes are implemented in many countries. We need to travel to each other, so there won't be such a problem as north-south," said RozaIsakovna. Roza Otunbayeva read to the children the book "The Secret of Friendship. The books "Let's Study Our Kyrgyzstan" and "The Secret of Friendship," published by the “Rosa Otunbayeva Initiative” Foundation, were presented to each schoolchild and teacher.

Lamira Ruslanova, psychologist and psychiatrist, conducted psychological tests and clay work for schoolchildren to help them overcome their aggression and fear. She also conducted a course for teachers on primary psychological help in emergency situations. Course participants learned meditation techniques and breathing practice.

Suyunova Shakhnoza, a teacher from Jashtyk-Leilek village, said that the break helped her regain her strength. "Since the day we came to Issyk-Kul, our hearts have cleansed and our vision has expanded. Yesterday, gazing into the lake for an hour, I was able to change my inner world. The psychology lessons were very useful, we learned about the work of Issyk-Kul schools and were stimulated to continue our work. We are proud that we have such good people who organized such a celebration, and we have our people and country" said Shakhnoza Suyunova.

Excursions to the leading educational institutions of the Issyk-Kul region were organized to improve the qualifications of teachers and to share experiences with teachers. The teachers visited the school-gymnasium named after A. Mamytov in Bosteri village, the kindergarten "Berezka" in Bactu Dolonotu village, the school-lyceum named after I. Abdrazakov, the school-gymnasium named after A. Osmonov, the secondary school named after O. Jumayev in Cholpon-Ata city and learned about their experiences. Also, the principals of Ornok School, Tamchy Gymnasium School and KasymTynystanov Secondary School met with teachers and shared their experiences.