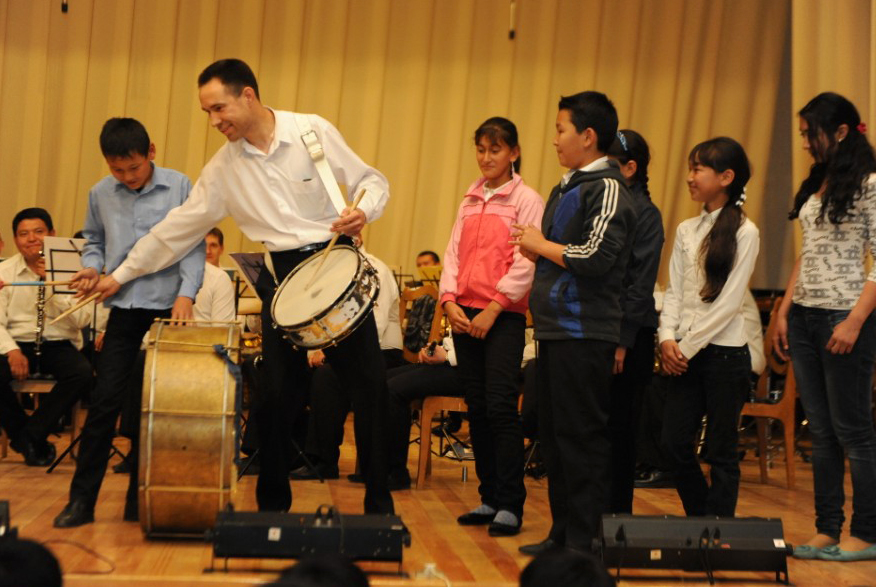 On June 15 of the present year the International Public Foundation in cooperation with the Kyrgyz National Conservatory is holding round table "The experience and innovations of extracurricular and out-of-school musical and aesthetic education." The round table will be held at the Music school named after Shubin, Moscow str., 101.

Participants of the round table will be teachers of children's music schools, music teachers of secondary schools, deputy principals-methodologists as well as teachers of the Kyrgyz National Conservatory named after K. Moldobasanov, heads of musical groups, specialists-experts, specialists KAE, MES of KR and "Roza Otunbayeva Initiative” IPF.

The purpose of the round table is to discuss possibilities of improving the quality of music and aesthetic education among schoolchildren. Classical and traditional music art has a positive effect on the psychology of adolescent, develops his imagination, and creates an aesthetic sense. "Roza Otunbayeva Initiative" Foundation together with the Kyrgyz National Conservatory named after K. Moldobasanova over the 2011-2012 and 2012-2013 school years has held series of concerts for children of the new-builts of Bishkek. Education Festival in Bishkek with the presentation of educational services, including those for improving the overall aesthetic and musical culture of children was a landmark event.

Round table is a platform for discussion of the executed work, condition for the moment as well as new methods of extra-curricular and out-of-school forms of musical and aesthetic education.

Additional information (only in Russian):

1. "Modern music education: some ethical and psychological issues" article of Ovsyankina G.P. (Doctor of Arts, a member of the Composers' Union of Russia, Professor of St. Petersburg Humanitarian University of Trade Unions, the Russian State Pedagogical University named after A.I.Herzen)

2. Article of Obzev R.A. (Belarusian State Pedagogical University named after Maxim Tank (Minsk), "The role of music in the development process of the individual".