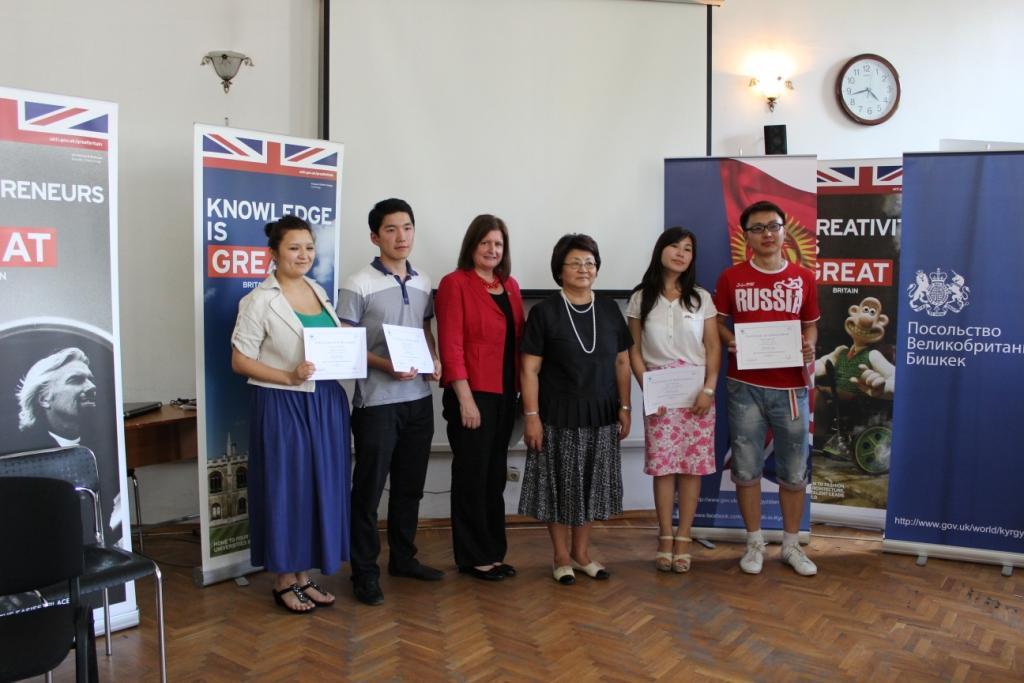 To celebrate the formal opening of the British Embassy in Bishkek, the first British Week in Kyrgyzstan is taking place June 9-14.

British Week kicked off on Sunday, June 9th with the British Embassy Cup, an English-language debate tournament at the American University of Central Asia among students from Bishkek universities. Students debated issues such as democracy, human rights, poverty alleviation and freedom of expression. Former President of the Kyrgyz Republic, Ms. Roza Otunbayeva and Her Majesty's Ambassador Judith Farnworth joined the jury to judge the final debate and participated in the award ceremony for the winners.