Press Release The participation of Roza Otunbayeva, the Former President of the Kyrgyz Republic and member of the Intergovernmental Foundation for Educational, Scientific and Cultural Cooperation (IFESCCO), in the Council for Humanitarian Cooperation in 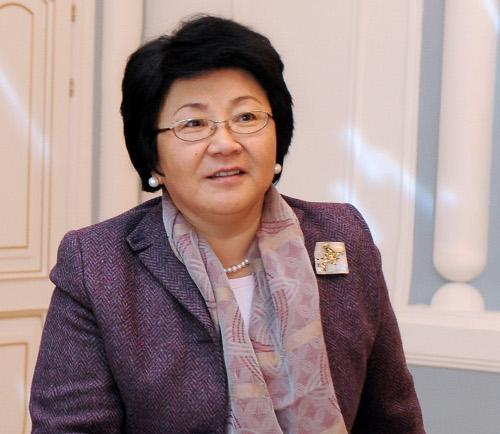 On 25 April 2013 a joint meeting of the Council for Humanitarian Cooperation of member states of the Commonwealth of Independent States (CIS) and the Intergovernmental Foundation for Educational, Scientific and Cultural Cooperation (IFESCCO) was held in which plans for the Commonwealth in 2013 were approved in the area of humanitarian assistance. In connection to 2013 being named by the CIS the year of ecological culture and environmental protection, Kyrgyzstan initiated the holding of an IFESCCO-sponsored international conference in October of this year on “Ecological Culture, Wildlife Protection Education and ‘Green’ Development”. Participants of the joint CHC and IFESCCO meeting fully approved this Kyrgyzstani initiative.

On this same day in the Pashkov House Conference Centre, a ceremony was held for the awarding of the Intergovernmental “Stars of the Commonwealth” Award from IFESCCO and CHC, which is awarded to individuals active in science and culture that have greatly contributed to the development of humanitarian ties within the territory of the CIS. The award was granted to Kyrgyzstan’s Dr. Sharipa Jorobekova, chemist, professor and director of the Institute of Chemistry of the Kyrgyzstani National Academy of Science. Professor Jorobekova was the president of the National Academy of Science from 2008 to 2012 and is an Honored Worker of Science of the Kyrgyz Republic, an academic of the Academy of Pedagogical and Social Sciences of Russia, Honorary Academic of Kazakhstan’s National Engineering Academy, and recipient of the National Award of the Kyrgyz Republic in the field of science and technology.

The Kyrgyzstani Ex-President also gave a speech to an audience from the Moscow School of Political Research, which is headed by E. Nemirovskaya.