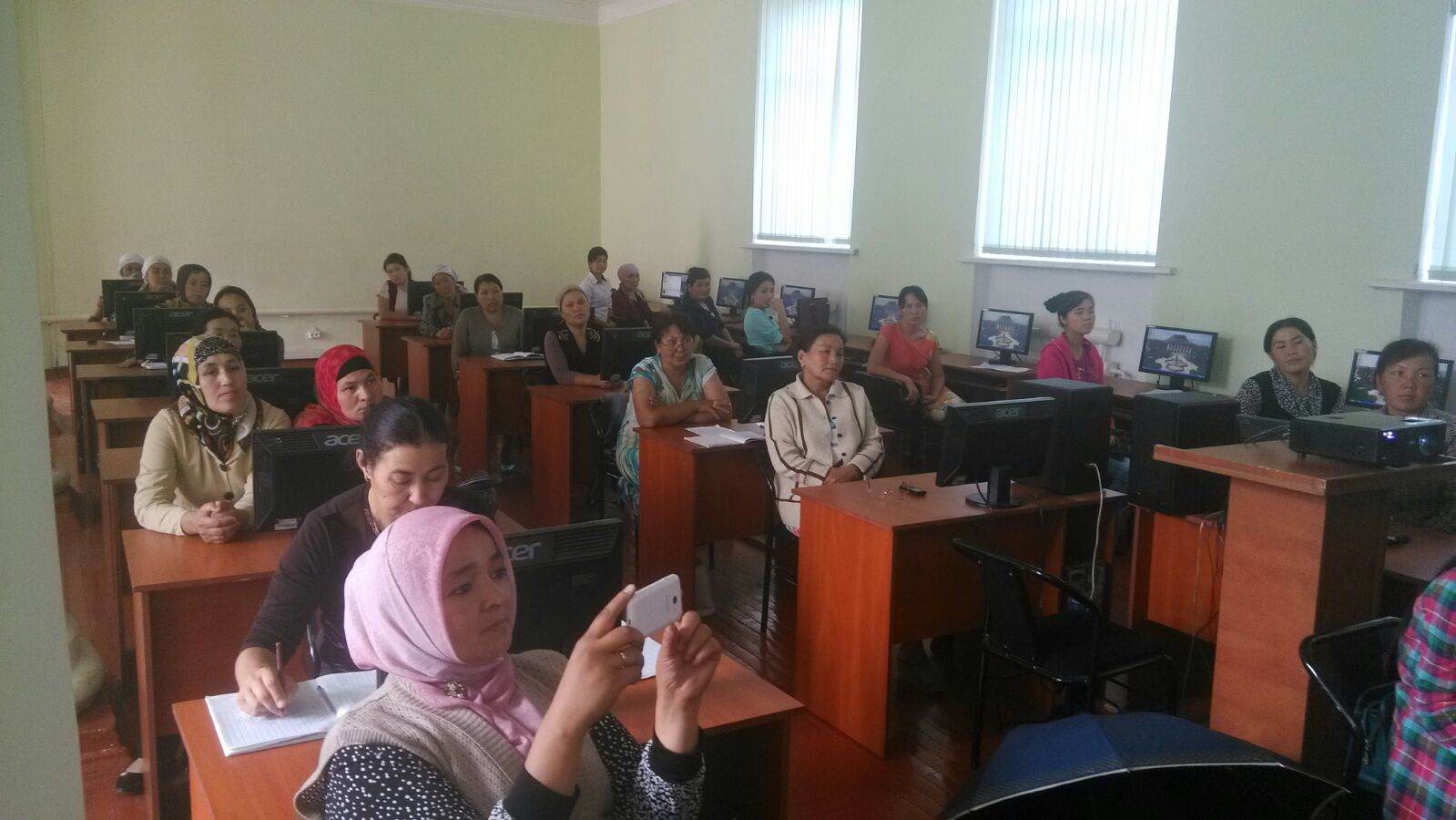 The Summer School’s goals for computer literacy were to help women develop knowledge and skills on computer technology for their own work related needs. The MKT course “Computer Literacy” was dedicated to teach both absolute beginners and those who already had some computer skills through their work.

The majority of the women who attended are between the ages of 30-40 and are teachers from Osh City and Kara-Suu Rayon schools.

The participants of the Saturday school classes acheived knowledge and skills in the following:

- Creating files and folders in Windows and saving, re-saving, erasing, copying and working with them

- Taking pictures and working with them

- Reading, searching and copying information from the Internet

- Opening an e-mail account and making use of its possibilities

- Using electronic books from the Internet

On the last day, all participants received certificates for their successful accomplishments in the course. Not only did teachers at this school learn the basic skills of working with computers, but they also learned about the possibilities of working with an interactive smart board; Forty-percent of schools in Osh have secured interactive smart boards, but because of teachers’ lack of computer knowledge, they can’t be used.

This is why the Initiative extended the courses, because teachers had the desire and initiative to be intentional about improving their own knowledge.

As a reminder, the Summer Saturday School’s first part was completed on August 29th, and 25 people attended in two groups. However, it has been decided that the “Initiative of Roza Otunbayeva” International Public Foundation will add a third group, based on the large number of people interested in learning how to work with computers. This year, the summer school taught a total of 75 women.