National Forum of Women of Kyrgyzstan to be held on March 2nd-3rd, 2015 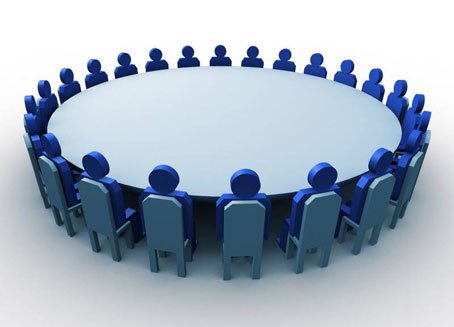 In 2015, the world celebrates 20 years since the adoption of the Beijing Platform for Action for the advancement of women and girls, and 15 years since Security Council resolution 1325 on recognizing the importance of women in peacekeeping, peacemaking and post-conflict reconstruction. In our country, we mark the 90th anniversary of the Women's Movement of Kyrgyzstan.

Women's public and non-governmental organizations in Kyrgyzstan have decided to hold a National Women's Forum of Kyrgyzstan with the participation of more than 1,000 people from all over the Republic and other countries on March 2nd-3rd. UN Women supports this initiative.

The purpose of the Forum is to create a platform for dialogue and cooperation within the national women's movement, the union of men and women in order to empower women and girls, sustainable development and democratic governance, the secular state in the context of Beijing+20, in order to spur further development of the country and the citizens of our Republic in the next decade.

Advances in the development of our women - political, economic, educational and social - over the past near-century has impressed and surprised. The Soviet period was especially productive in the emancipation of women in Kyrgyzstan and achieving gender equality. However, the problems and difficulties of the transition period have restrained the potential of women, that is half of the human resources of the country, and her invaluable and full contribution to the construction of the new independent democratic state and society. The Women’s Forum will hold discussions on a range of issues, encourage solutions to pressing problems, give guidance and stimulus to the women's movement for years to come.

For decades, the level of education of women in Kyrgyzstan has been higher than that of men (in universities, women make up 54% of students). However, traditionally, the level of representation of women in leadership positions is much lower. According to statistics, women make up 42% of civil servants, even though the vast majority of them are employed in middle and lower administrative positions. There are continuing trends of gradual exclusion of women from decision-making and reduction in the number of women willing to participate in local elections. During the last local elections in 2008-2009, the number of women members of local councils decreased by 12% compared to the elections of 2004 and reached only 13.4%. The number of women members of parliament was reduced from 25% (in 2007) to 20% after the parliamentary elections in 2010.

Society continues to underestimate the effect of women on market reforms. Even though men make decisions in the key economic sectors, there are very few women on the boards of directors of large state-owned enterprises, and there is only a thin layer of women in large and medium-sized businesses, women make up the vast majority of clients of microcredit organizations and members of self-help groups. Through their relentless efforts, they weave the fabric of a market economy, though they do this huddled in the basements and lower floors of the economy. Poverty has a woman's face in this country.

There is an urgent need for judicial reform to combat violations of women's rights and access to justice, especially among ethnic minorities and rural women.

High rates of maternal and infant mortality, limited legal and social protection of women in the informal sector, including labor migration and access to economic and natural resources; limited access and poor delivery of public services; early marriages, widespread domestic, sexual and gender-based violence - all of these complex issues require our united strength, energy, resources to search for solutions.

The Forum will bring together governmental and non-governmental organizations, representatives of business, politics, trade unions, employers' organizations, scientists, artists, journalists and activists from the field. We invite participants of the Forum to participate in order to demonstrate active citizenship, social motivation, willingness to contribute themselves and investment in the promotion of ideas of our national platform.

The Organizing Committee of the National Forum of Women of Kyrgyzstan.

For more information, please contact the coordinator of the organizing committee of the Forum - Rimma Sultanova, tel. 0551 677 477, e-mail rimma08@gmail.com