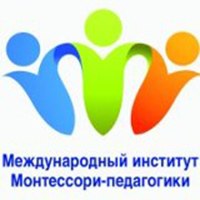 Arabaev University – July 16 (Wed), 2014 – Certificates will be awarded by the International Institute of Montessori pedagogy (Moscow, Russia) to the first group of teachers in Kyrgyzstan trained in Montessori methodology.

In November 2012, the Roza Otunbayeva Initiative took the first step to systematically introduce Montessori pedagogy in Kyrgyzstan with a training course led by Nadezhda Smirnova, director of the International Institute of Montessori Pedagogy.

The final training will be held July 7-16, after which 20 participants will receive certificates issued by the International Institute of Montessori Pedagogy.

Six preschools or young child education centers have been opened or refurbished for Montessori teaching as a result of the training: "Simba" in Jalal Abad, and five in Bishkek ("Shambala," "Academy of Childhood," "Blue Bird," "Indigo" and "Family.”)

Montessori pedagogy has been put into practice in preschools in dozens of countries, including Japan, South Korea, United States, India, Philippines, Russia, Kazakhstan and many others. It has established itself as one of the most effective methods of early childhood development.