UN mission chief discussed, with the Taliban, aid to Afghanistan and education of Afghan girls 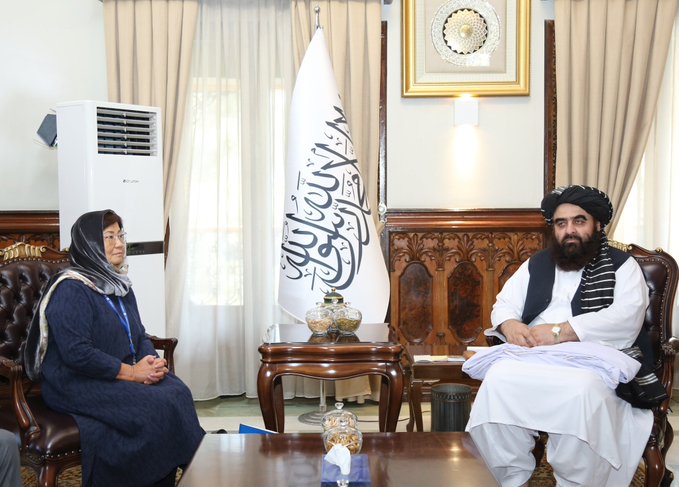 The new UN secretary-general's special envoy for Afghanistan, Roza Otunbaeva, met with senior officials of the Taliban-led government, the UN said on 16 October. The sides reportedly discussed a "wide range of issues", including international assistance to Afghanistan, media rights, the importance of girls' education, the need for women in governance, and the drug problem.

During her visit to Kabul, Roza Otunbaeva met separately with the Taliban's acting Deputy Prime Minister, Abdul Salam Hanafi, and acting Foreign Minister, Amir Khan Muttaqi, among others, according to the UN Assistance Mission in Afghanistan (UNAMA). Noted in a UNAMA statement, the two sides "agreed to co-operate closely to address the pressing challenges facing" the people of Afghanistan.

Afghan media reported, quoting a Taliban foreign ministry spokesman, that during the meeting, ministry negotiators said it was time for Afghanistan and the world to "come together and understand each other's priorities, conditions and demands", and UNAMA "can achieve this".

Roza Otunbaeva reiterated the need to prioritize the needs of the Afghan people and agreed to work closely together to solve the urgent problems Afghans face.