Year 2014: LECTURE-CONCERT SERIES "MUSIC IS THE SOUL OF THE PEOPLE" 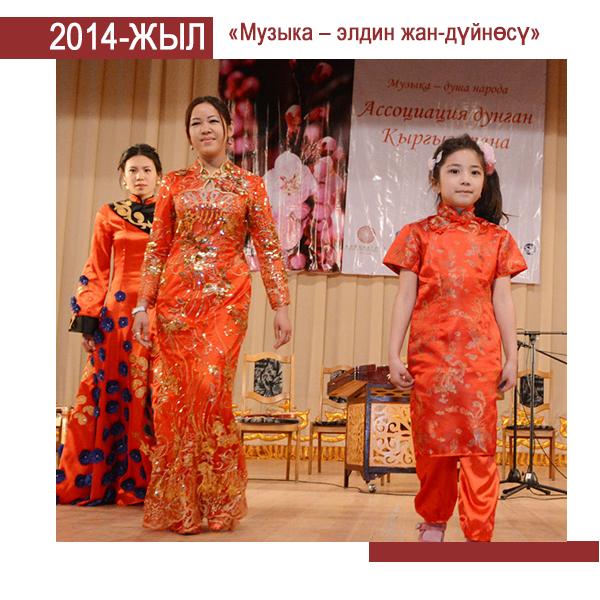 The main goal of the programme is to develop cultural diversity through the promotion of the musical culture of Kyrgyzstan's ethnic groups.

In 2014, six lecture concerts 'Music is the Soul of the People' were held, focusing on Korean, Kazakh, Ukrainian, Uzbek, Dungan and Caucasian musical cultures.

Each concert, held in the large concert hall of the Kyrgyz National Conservatory, gathered a full house. A new and unusual format of the program - educational concerts: a combination of musical numbers with information about dances, musical instruments, translations of songs into Russian and Kyrgyz, presentation of traditional costumes and stories about the most prominent monuments of ethnic musical culture allowed the program to reach its audience.

The filming of the concerts allowed for their broadcasting on the national channel (OTRK) to a large audience, which also contributed to the promotion of cultural diversity. The programme has helped to preserve elements of the musical heritage of Kyrgyzstan's diasporas.

The programme's partners were the Assembly of the People of Kyrgyzstan, the National Conservatory, OTRK, UNDP and the St. ArtLtd publishing house.