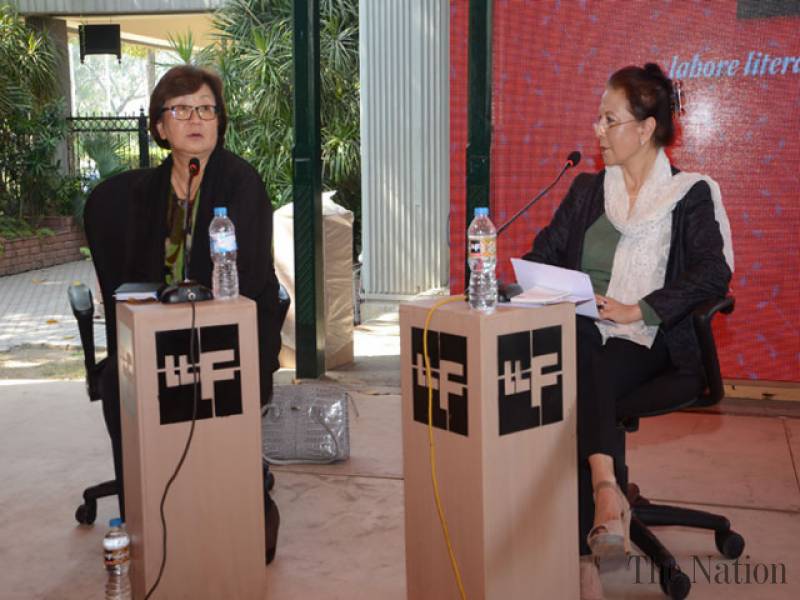 Former President of Kyrgyzstan Roza Otunbayeva said that Communist system failed from inside and the new system that has replaced it needed reforms. However, she believed the life in Communist era was very good. She termed corruption as the biggest issue of Kyrgyzstan due to political failure but was hopeful that continuous struggle of the new generation would end it. She expressed these views during a session at Lahore Literary Festival held at Avari Hotel yesterday. The session was moderated by Farzana Sheikh. Roza had served as ambassador to USA, Canada and on many important posts in and outside her country. In April 2010, opposition parties chose her as head of state for an interim setup which ousted the then dictator President Kurmanbek Bakiyev. She is considered among 150 influential women of the world.

During her interview, she was very happy and said she would try her best to play a role of bridge between Pakistan and Kyrgyzstan. Answering a question as to what were her feelings after USSR’s retreat from the region, she said that it was nostalgic. “I had to overcome it with the hope that the new generation would work hard and steer country towards a positive direction”. When asked if all matters of her country were being discussed and debated in their current system of governance, Roza said they were still learning this power system as president should not have parliament working like a rubber stamp”.

She revealed that they faced many challenges; especially the challenge of ethnic violence during their transitional phase. “There are 30 per cent Uzbeks, half a million Ukrainians and 10,000 Germans living in Kyrgyzstan. Official language of Kyrgyzstan is Russian,” Roza said. “The ancient Silk Route is being revived. It is 2000 kilometres and would connect Bishkek to Islamabad through Afghanistan and Uzbekistan. This would open many avenues for trade, business and progress for both the countries. Pakistani businessmen should invest in Kyrgyzstan. If we have rail and highway links, we would be closer to each other,” Roza said.

To a question about women’ role in politics and main stream life, she said there was still gap but they were trying to bring women in the mainstream life.

Published in The Nation newspaper on 22-Feb-2016