Peace Festival was held in the village of Orozbekov, Kadamjai district, Batken region 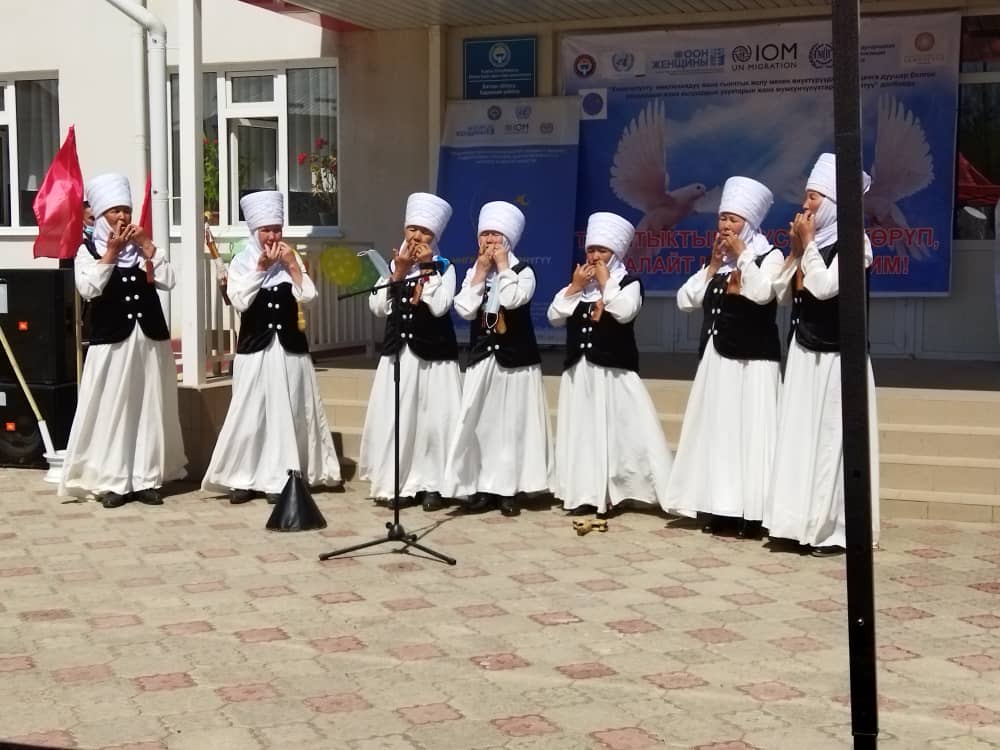 The purpose of the event was to strengthen peacebuilding at the local level, strengthen unity among community members, and to recognize the role of women and girls in migration.

An exhibition of handicrafts by former migrant women was organized during the Peace Festival. In order to involve children in the topic of peacebuilding, conflict prevention and to improve their understanding on peacebuilding, presentations were made by schoolchildren on the topic of "Peacebuilding".

Chairman of the Osh City Department of the Union of Artists of Kyrgyzstan Kubanychbek Mamaraimov, Chairman of the Osh branch of the Kyrgyzstan Union of Artists, also held a master class for schoolchildren from four schools. The master class participants took part in the "Participation of Girls and Women in Peacebuilding" competition. The winners were awarded books published by the “RozaOtunbayeva Initiative”IPF. A total of 16 easels were donated to students from four schools.

As part of the event, a presentation of positive experiences in establishing a foundation for migrant women was held. BoobekovaJyldyz, a former migrant, shared her experience in producing biohumus. The audience heard from a speaker about the experience of opening a kindergarten for children of migrants.

The Peace Festival provided an opportunity to learn about local people’s experiences in peacebuilding,asthe event aimed to raise public awareness of how to self-organizein order toaddress the challenges facing the community.