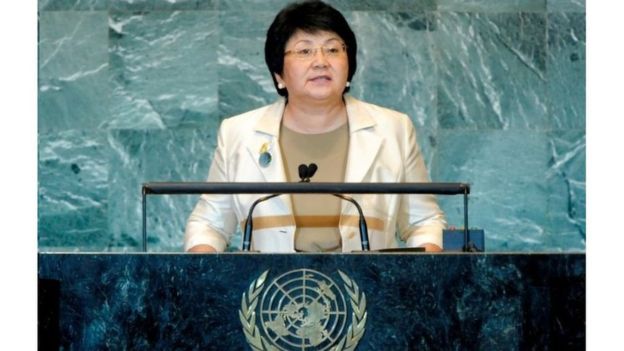 As part of the activities in the High Level Advisory Board on Mediation, established by the initiative of the UN Secretary General Antonio Guterres in 2017, ex-President of the Kyrgyz Republic Roza Otunbayeva visited the UN headquarters (New York, USA).

During the meetings the issues of promoting preventive diplomacy, the effective use of mediation tools were discussed, and further work plans were identified within the framework of the High-level Advisory Council.

A High Level Advisory Board on Mediation was established in September 2017, at the initiative of the UN Secretary General Guterres. Along with the former President of the Kyrgyz Republic Roza Otunbayeva, the Council includes 17 more members from the current and former world leaders, senior officials and well-known experts, who combine an unprecedented spectrum of experience, skills, knowledge and relationships. The group was created to “raise diplomacy for peace” and increase the capacity of the UN to conduct effective mediation diplomacy at all levels.