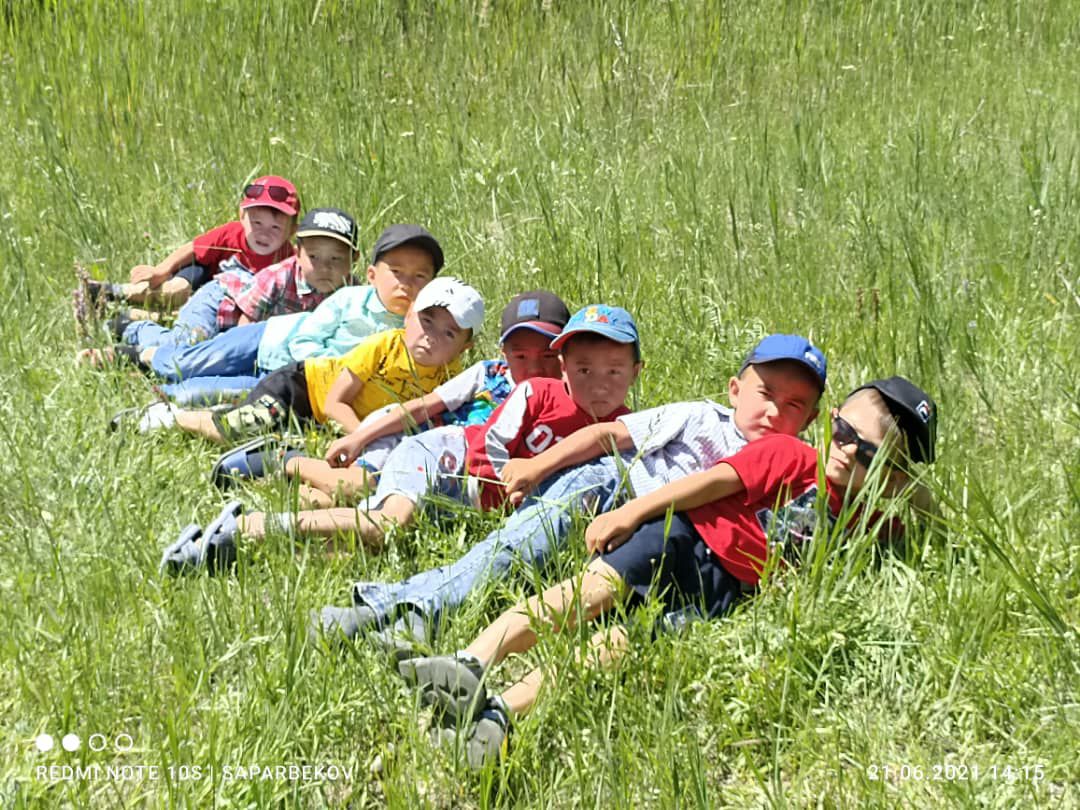 Young children, whose parents are engaged in animal husbandry and move to summer pastures, become vulnerable during that time. Children live with their families in the jailoo (pastures) four to five months without the learning opportunities necessary for their further development. Early childhood development plays an important role in climate protection and sustainable mountain development programmes. In order to increase climate resilience, preserve natural heritage, and celebrate the International Year of Sustainable Mountain Development, the year 2022 has been declared the "Year of Mountain Ecosystems Protection and Climate Resilience" by the President of the Kyrgyz Republic, Sadyr Japarov. At the initiative of Kyrgyzstan, on 16 December last year, participants of the 76th session of the UN General Assembly unanimously adopted a resolution to declare 2022 the "International Year of Sustainable Mountain Development".

Since 2014, in order to develop pre-school children, whose families stay in pastures during summer time, the Roza Otunbaeva Initiative has been implementing the programme, "Kindergartens in Jailoo", which has eventually transformed into "Development Centres in Jailoo". After Eight years of operation during the years between 2014 and 2021, the Development Centres in Jailoo project has reached over 16,000 children, over 6,000 parents, and engaged over 1,400 educators.

The “Roza Otunbaeva Initiative” International Public Foundation is grateful to the ”Kyrgyz Air Navigation” State Enterprise for its contribution to the development of children in the high mountain regions of Kyrgyzstan.

Batken, we are with you!
Roza Otunbaeva is appointed Special Representative of the UN Secretary-General for Afghanistan and Head of the United Nations Assistance Mission in Afghanistan
Happy Independence Day, friends!
Roza Otunbaeva: "Thank you for your warm and sincere congratulations"
Aigul Zhaparova and Roza Otunbaeva addressed the Second Women's Leadership Forum