The book "Oy uchkundary/Flashes of Thought" has been published 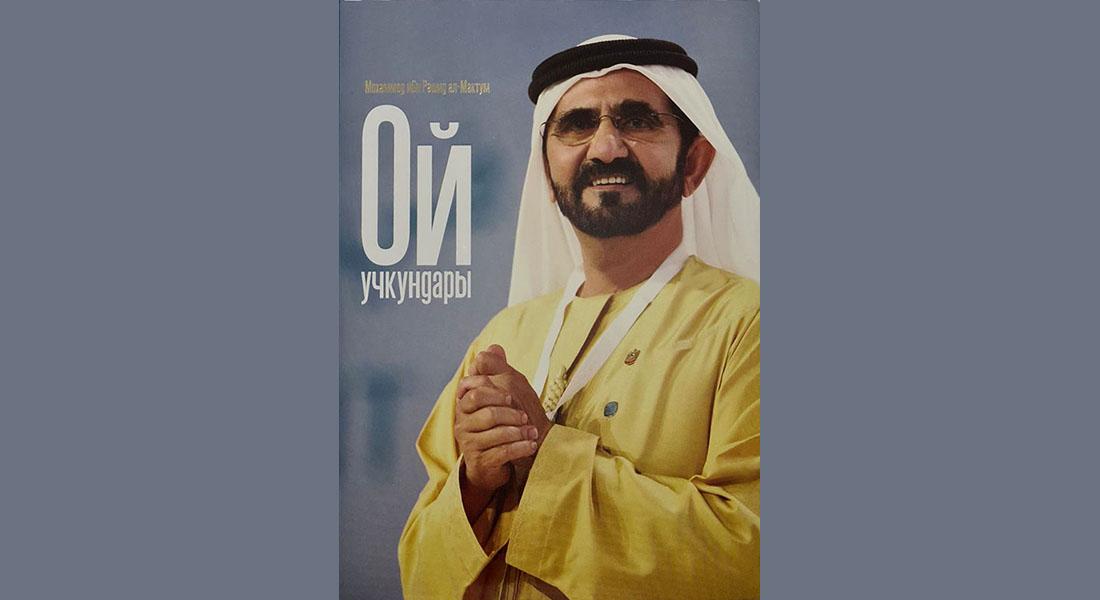 The “Rosa Otunbayeva Initiative” International Public Foundation has published Oyuchkundary (Flashes of Thought), a book written by Sheikh Mohammed bin Rashid al-Mahtoum, Vice President and Prime Minister of the United Arab Emirates (UAE).  The book describes his thoughts on current and future development trends in the UAE.  The book by the most influential leader of the Muslim country has been published as part of the book series of the “Rosa Otunbayeva Initiative” International Public Foundation "Lives of remarkable people".

Sheikh Mohammed is considered a pioneer of systematic strategic planning in the UAE government. He was also the first to propose the implementation of many innovative ideas in social and commercial spheres at the local and national levels. Every leader and person who considers himself a Muslim can learn about the history and direction of this country, its plans for the future and the role of leaders in the development of the country.

Undoubtedly, the book will help provide an overview of the achievements of the contemporary reformist leadership of the UAE. This publication is intended for orientalists, historians, political scientists and general readers who want to learn more about the history and current status of the federal state that is pursuing exemplary economic reforms in the Middle East.

The initiative to publish the book belongs to Rosa Otunbayeva, the former President of the Kyrgyz Republic and the winner of the "Kuwait Award for Outstanding Women of the World" of the State of Kuwait.

It was translated into Kyrgyz by journalist and translator Kassym Mashakbaiuulu Rakhmankulov, and edited by translator, publicist, scholar and Doctor of History, Professor Tynchtykbek Chorotegin.

After the presentation of the book, copies will be distributed free of charge to state libraries, higher education institutions, and political and public leaders.